Bellini's idea to make a three-dimensional representation of the face in three-quarter profile comes from Robert Campin, Jan Van Eyck, and other Northern European masters.

"An epigram in a book of poems by Lydio Catti published in Venice in 1502 refers to Bellini as Loredan's portraitist thus providing evidence placing the portrait before this date." - Lorne Campbell

The Doge's regalia includes "the pointed hat known as a corno, [and] a mantle of white and gold damask silk with its gold bell buttons." 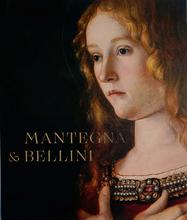 Mantegna and Bellini by Caroline Campbell 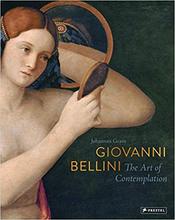 Giovanni Bellini: The Art of Contemplation by Johannes Grave

The meme originated with the prestigious flash cartoon Homestar Runner fifteen years ago; according to Venetian tradition, the office of the Doge, pronounced "dohj," originated 1,300 years ago with a fella named Paulucius Anafestus, who may have been an exarch, or governor, of the late Roman Empire.

Speaking of ancient Romans, it was customary for their emperors and leaders to commission realistic busts for posterity, and the Doge's family claimed descent from the Roman warrior Gaius Mucius Scaevola. The ancient Roman bust tradition influenced Bellini here in his head-and-shoulders choice of format, although the Doge was forbidden by custom from "seeking to glorify his own person," rather than the Republic. Giovanni Bellini takes a page from the Northern European masters, such as Robert Campin and Jan Van Eyck, in making a three-dimensional representation of the face in three-quarter profile.

Doge Leonardo Loredan was elected for life by a group of his male peers, and Bellini paints him with a slight smile balanced with a touch of "blue steel," 'cuz he's the Doge, the big bad Doge. He's lookin' fresh, wearing "the pointed hat known as a corno, [and] a mantle of white and gold damask silk with its gold bell buttons." The serenity of sovereign Venice is epitomized in his thousand-mile stare: you get the feeling that he's about to glance right through you. Venice's serenity is connected to its astonishing heritage of artistic experimentation flowing between disciplines. Fittingly, we can infer the date of this portrait, around 1501, due to the epigram in a Venetian book of poems by Lydio Catti.

It's a Doge eat Doge world—after Napoleon permanently borrowed this Doge from a combat adventure in Venice, the novelist William Thomas Beckford scooped it up for 13 guineas, which is the equivalent of about $1,098.42 in today's cash. Soon enough, Beckford sold it to someone in London for the equivalent of $65,675.77. I gotta say, it was a good day for Beckford.

Here is what Wikipedia says about Portrait of Doge Leonardo Loredan

The Portrait of Doge Leonardo Loredan (Italian: Ritratto del doge Leonardo Loredan) is a painting by Italian Renaissance master Giovanni Bellini, dating from c. 1501–02. It portrays Leonardo Loredan, the Doge of Venice from 1501 to 1521, in his ceremonial garments with the corno ducale worn over a linen cap, and is signed IOANNES BELLINVS on a cartellino ("small paper"). It is on display in the National Gallery in London.