Skip to main content
Artworks
Cinderella at the Kitchen Fire

More about Cinderella at the Kitchen Fire 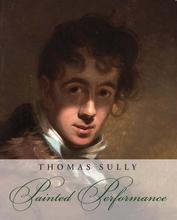 An abused orphan marries a rich dude she barely knows to escape her dismal circumstances: or as most people know it, Cinderella.

Of course everyone knows the basic points of this most famous fairy tale and Disney movie, popularized in Western Europe by Charles Perrault in 1697.  What you may not know is that the original story dates back at least as far as medieval China and other Asian cultures...or that in some versions, the wicked stepsisters alternately cut off their toes and heels to fit the iconic glass slipper, or have their eyes pecked out by doves at Cinderella’s wedding.  Fun for the whole family!

Sully went all Thomas Kinkade with this one.  A financial crisis damaged the luxury portrait market, so Sully turned to “fancy pictures” to make ends meet.  These were kitschy, romantic scenes from popular (and commercially viable) lore.  The first American publication of Cinderella had just come out in 1812, and the theme was trending.  Unfortunately, this one didn’t fly off the shelf as fast as Sully hoped.  Nonetheless, it was a popular success, and an engraved illustration was made of it (the 19th-century equivalent of going viral).

Sully specialized in highly idealized portraits of elegant young women.  The model for this was most likely his daughter Rosalie.  Sully had 9 children with his brother’s widow, and his daughters were favorite stand-ins when clients/models were unavailable.  Rosalie was also a talented artist who died tragically young.

There are two other versions of this piece.  One is probably a copy by one of Sully’s children, in the collection of a Thomas Sully (a descendent) in Florida.  The other has been lost to time, but could be even more valuable than this one, since it includes the fanciful element of the fairy godmother.

This one was owned by a wealthy industrialist for many years, and passed from one private collector to another.  Dallas Museum of Art curator Keyse Rudolph rediscovered it in an art dealer’s office, practically discarded among clutter and excess paperwork.  Take note, people...check the provenance of something before you relegate it to a bookend in your storeroom.