More about Carcass of Beef

“Once I saw the village butcher slice the neck of a bird and drain the blood out of it. I wanted to cry out, but his joyful expression caught the sound in my throat… This cry, I always feel it there… When I painted the beef carcass it was still this cry that I wanted to liberate. I have still not succeeded.” –Chaim Soutine

You may remember this work from the film Mona Lisa Smile. Kirsten Dunst’s character Betty is asked what she thinks of it and she replies, “I wouldn’t even call it art. It’s grotesque.” If you, like me, thought at first viewing that this painting isn’t that gross think about the act of standing for days feet away from decaying meat which is frequently being doused in fresh blood, the scent of which blends with your turpentine. Did I mention Soutine painted four version of this? You’d never know that he was a man who would die from issues related to a weak stomach.

Looking at this piece it’s not difficult to imagine that Chaim Soutine may have had a longstanding beef with food. Though he was fascinated by food and frequently painted these edible arrangements, this stands as one of his most memorable and dare I say, raw interpretations. At the meat of Soutine’s obsession you find that a combination of not having anything to nosh due to extreme poverty and using what food the family did have to practice Orthodox Jewish traditions is largely to blame for his playing (or painting) with his food rather than eating it.

The remains of this omnivorous obsession was based on his adoration of Rembrandt whose 1655 Carcass of Beef (Flayed Ox) was frequently salivated over by Soutine on his regular visits to the Louvre. Rembrandt’s carcass is noted for it’s vivid colors but when compared to Soutine’s, which was coated almost daily with fresh buckets of blood by his assistant, Rembrandt seems downright dull. The smell of rotting beef and fresh blood became so oppressive that neighbors called the cops who almost threw away the fermenting flesh before, what I can only assume was the Igor á la Frankenstein-esque assistant, shooed them away like so many flies covering a carcass.

I find this piece of art quite interesting and nostalgic. Living in rural Wisconsin and going to school with all the dairy farm kids, I was exposed to all of the guts and gore. I saw this exact image more than once throughout my high school career. I took anatomy, so the beef carcass was not the only carcass I saw. There was also an Agriculture club that organized fields trips throughout the school year. We went to delis where we were shown behind the scenes of how the cow, and other animals, become the burgers and steaks that Wisconsinites eat on the daily.

I do not like this painting at all. My dislike may not be justified because I do think the artist used texture, shape, composition, and line really well. However, I am struggling at getting past the fact that the artist literally painted a carcass of beef...if he took any longer than a day this carcass would have been rotting and very gross. I do appreciate how this artist was not afraid to paint something that is very real to life. He made art out of death and ugliness.

Carcass of Beef is mentioned on our blog - 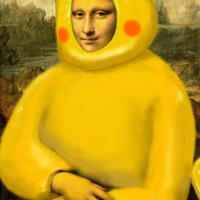 Pokemon GO to the Museum
A gamer I am not, but a Pokémon trainer I am.The one and only gaming console I have ever owned was…
Sign up
Forgot Password
Reset Password