Calder and Abstraction: From Avant-Garde to Iconic by Stephanie Barron 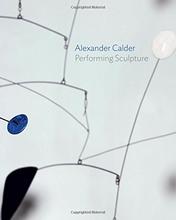 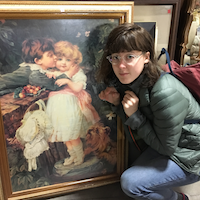 With his Circus, Alexander Calder opted to prove, once and for all, that bigger is not always better.

For over three decades this miniature spectacle traveled around in five raggedy suitcases, night after night greeting throngs of exuberant fans—Marcel Duchamp and Joan Miró, among others—who, perched on low mattresses and crates, anxiously awaited their favorite pastime. With peanuts in their mouths and noisemakers in hand, the crowd urged him to open his Mary Poppins bags to unveil the ensuing magic and awe of Cirque Calder or Calder’s Circus.

No, you haven't turned into a giant. This circus is tiny, and as long as you haven't forgotten your reading glasses, downright adorable. We're talking baby teacup pig and puppy adorable. I can hardly contain the high-pitched “ahhhhs” escaping from my mouth as miniature tightrope walkers, lion tamers, magicians, and acrobats march out and come alive like marionettes under Calder’s spell: long wires and meticulously crafted rigs make a horse gallop in circles as a tiny ringmaster reaches over to blow a kiss.

While many of us in our 20s are still trying to figure out how to adequately make toast, Calder was running away with the circus, so to speak, using anything on hand—corks, wire, metal, and fabric—to craft his quirky characters, many of which were based on actual performers of the day. The beauty of his act came not from the figures themselves but from the experience of watching this young, charming yet goofy American man manipulating them while delivering commentary in French like a cross between a puppeteer and a god, commanding his own hamster-size wonderland. Whether he's making circus characters or mobiles that undulate gently in the passing breeze, Calder's work invariably finds a way to bring even the most solemn adult a tinge of juvenile wonder.

Everyone wanted in on the hype. In a late interview, Calder recalls one performance that he staged for an intimate group including prominent artists, Le Corbusier, Fernand Léger and Theo van Doesburg. He had to uninvite van Doesburg at the last minute, telling him that the show was the following day. Why? “Because he would’ve had a row with all those guys,” Calder states casually, “he was too abstract.” I feel him there. Mixing friend groups can be tricky sometimes.

When he finally got tired of lugging around his suitcases, he brought the whole lot to rest safely on loan in the Whitney’s collection, with the stipulation that his grandchildren would be able to play with it whenever they wanted (and then probably brag about it to everyone on the playground). The loan eventually turned into a purchase made possible by a massive fundraising campaign, no doubt an epic showdown between potential buyers. The Whitney held fundraising benefits and marched in parades wearing “save the circus" t-shirts, eventually raising enough money to buy the piece for the hefty sum of 1.25 million dollars. Whimsy doesn't come cheap, after all.

Although today this piece remains under a glass case, it had never been statically exhibited in a museum until 1970. Before then, it was viewed only when Calder was touring around, reminding everyone that the circus is more than just kitschy music, impenetrable crowds, and scary clowns. Who else can't forget the clown predator debacle of 2016? You can check out one of his performances here. You’ll be glad you did.

This piece of art work is very cool showing a circus out of, which to me, looks like it could be made out of children's toys.