More about At the Moulin Rouge: Two Women Waltzing 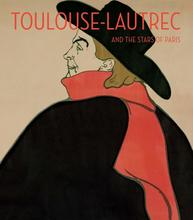 Made famous by Henri de Toulouse-Lautrec, the Moulin Rouge was a place for many things.

Our artist, was a regular at the Moulin Rouge and had his own table where he was known to be almost every night. When the Moulin Rouge opened, his painting At the Cirque Fernando, Rider on a White Horse was hanging over the bar. Shortly after, the owner approached him to create a poster for the Moulin Rouge. His poster entitled Moulin Rouge: La Goulue enjoyed a warm reception and Lautrec made a name for himself with lithographs.

“La Goulue” translates to “The Glutton” and was a stage name for one of the Moulin Rouge’s most famous can-can dancers. She became friends with Toulouse-Lautrec and he did several portraits of her. In the years following his lithograph premiere, Toulouse-Lautrec did more work for the Moulin Rouge and got to know several of the dancers who became some of his favorite models and friends. One of them, Jane Avril, is seen here behind the dancing couple in the red outfit with the awesome hat.

Another, Cha-U-Kao, had arguably the best stage name ever. A combination of “chahut” french slang for can-can and “chaos” referring to how the audience reacted to her performance. She is one of the women dancing together. Cha-U-Kao in particular fascinated Toulouse-Lautrec, this painting was an outlier of sorts showing her offstage in streetwear. Most of his paintings of her focused on her stage persona.

In the late nineteenth century, Paris had a number of establishments catering to lesbians where they could dance unbothered or protested as depicted here. Outside, the world was far from accepting, but there were multiple places that played as discreet but safe spaces for the lesbians  of Paris. The Moulin Rouge was among them.

If you search through all the faces in the back, you can spot two of Toulouse-Lautrec’s male friends amongst the crowd, Charles Conder a fellow artist and François Gauzi.