The Weismans ultimately decided not to keep the painting due to their unflattering depiction.

Within the painting are two other works of art. Sculptures by Henry Moore and William Turnbull.

Fred and Marcia both look stiff, almost as if they’re becoming the art that they collect. Marcia’s smile even resembles the totem pole behind her.

Fred and Marcia Weisman were acquaintances of David Hockney before he created this portrait. 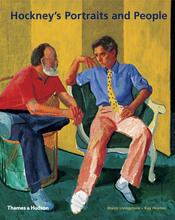 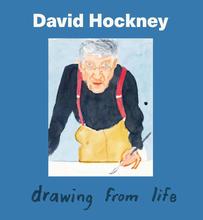 David Hockney’s American Collectors couples portraiture with the surreal in an attempt to capture the aesthetics of the rapidly changing 1960s.

A lot of famous portraits focus on their subjects as the focal point of the picture, but sometimes you’ll get a portrait that uses space and objects to help convey who the people in the painting are. That’s what David Hockney is doing in this one.

The two people you’re looking at right now are Fred and Marcia Weisman. They’re friends of Hockney and art collectors, in case you couldn’t guess. In fact, they’re pretty influential people. The Weismans started collecting in the 1940s, and by the time of this painting, their collection was pretty well known. After they divorced eleven years after this portrait was made, Marcia donated her art to the MOCA in Los Angeles, and Fred opened his estate to the public so the art could be viewed by more people.

But Hockney didn’t care who they were. Nothing was going to get in the way of how he saw them. So instead of painting his friends in a more straightforward manner, Hockney decided to include their house, and pieces from their collection, to give the audience a more nuanced and detailed look into who they are. Hockney painted portraits not just by what he saw, but how he saw it, and how those within the paintings might see the world around them.

In doing so, Hockney captured the subjectivity of art in this portrait. A lot of painted portraits are similar to photographed ones. It’s an effort to capture one’s being in their face and their body language. But Hockney takes it a step further with adding in other elements that can make any given viewer draw different conclusions. Within the painting are Henry Moore’s Seated Figure and William Turnbull’s Hero II. Then all the way in the back and to the right, there’s a totem pole, almost taunting the Weismans.

At first glance, you might assume that the Weisman’s are unhappy. They stand distanced from each other, Fred looking past Marcia with a clenched fist. And Marcia looks toward us with a sort of grimace on her face. But the art in the painting is depicted in a lot more positive manner. It takes center stage. Each work of art holds a particular weight in their respective spots. They’re unmoving, unchanging, while the Weisman’s are clearly being affected by their surroundings, and maybe each other.

Fred’s clenched fist almost looks like it has paint dripping from it, which could imply a discontent with this type of lifestyle, or who he is sharing it with. And Marcia’s smirk mimics the totem pole behind her. All of this combined with their stiffness gives off the feeling that they’re turning into the art that they collect, becoming less human, and more like statues to be gazed at. Which is only fitting, because that’s exactly what we’re doing now, and what audiences will be doing for the rest of time.

American Collectors (Fred and Marcia Weisman) is a 1968 painting by British artist David Hockney. The painting is currently in the collection of the Art Institute of Chicago. It was accessioned by the museum in 1984 after being donated by Frederic G. Pick and his wife. The painting depicts Frederick and Marcia Weisman, two American art collectors from Los Angeles.

The piece has been displayed at the National Portrait Gallery and the Royal Society of the Arts.

Hockney's 1968 double portrait of Fred and Marcia Weisman, American Collectors, is an intimate replication of the pair at their residence in California. Hockney uses the subjects, the objects, and his own style to recreate a mundane scene that invites both strangers and friends of the couple to ponder their dualistic home that stands as both a residence and gallery.

I enjoy the way the people look 3D in this piece. The colors are very different from each other, which draws the eye to those specific parts of the artwork. Many small details add a lot of character to the piece.

I really like the bright colors of blue and pink and green in this piece of art. It adds to the piece of art and makes me think the people portrayed are happy.