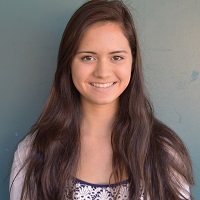 Morris Louis made a whopping 600 paintings over the course of his lifetime. Whew! This epic bout of trial-and-error gradually evolved into his very own “color-field” movement, which experimented with vivid soaks and stains. The operative word here is “experimented.” It took Louis a little bit before he finally found his artistic happy place.

Our color-field aficionado was a real perfectionist, and Alpha-Pi is one of the lucky few to have survived his own criticism. Its predecessors, called Veils, were mural-sized canvases first stained with color and then washed with black. Louis was not a fan and destroyed over three hundred in total. Chin up, dude. Everybody has those days. Fortunately, the clean slate did the trick, and Louis finally found his creative pot of gold at the end of the rainbow. In his next Unfurled series, he diluted a whole spectrum of acrylics and poured them on unprimed, unstretched canvas, bending and folding the surface to steer the paint in the right direction. This practice created the drippy rainbow V-shape we see here in Alpha-Pi.

At least, we think it did. Louis worked in total secrecy for his entire career, holing up in his dining-room-turned-art-studio somehow working with massive canvases in his 14x12 foot space and refusing to show even his wife what he was up to. She came home from work each day to a clean, orderly apartment, all evidence of art-making packed up and hidden away. Louis had an incredibly prolific career, but for him, painting was me-time.

Our mystery man steadily approached hermit status for the rest of his life, and this privacy led to all kinds of confusion after he passed away in 1962. For example, the curators of his first retrospective pulled his rolled-up canvases out of the garage and realized they had no idea how to install them. If you ever happen across a Louis in a museum, there’s a chance it’s upside down!

Titles posed another conundrum. At the height of his career, Louis was churning out paintings faster than he could name them; at one point, he wrote to a friend asking, “Do you have any titles? I’d appreciate whatever you have.” Given that the man had over 600 paintings to name, I really can’t blame him. His wife decided to assign combinations of Greek letters so as not to project any unintended meanings onto the pieces. Hence, we have Alpha-Pi. Morris Louis wall labels bring to mind Fall Rush at my university, but hey, they sure get the job done.

I think this might be one of my favorite paintings I've stumbled upon thus far. Alpha Pi by Morris Louis is unique in how the space of the canvas is used, along with the colors dripping in a diagonal fashion. I cannot tell if Louis painted these lines of color or instead let them drip down and create their own path, but I think this mystery was intentional by the artist. Additionally, the colors standout for the beautiful aesthetic they create when you look at them all together and in harmony.