More about Allegory of Chastity 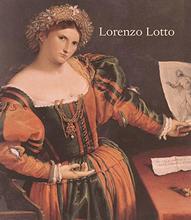 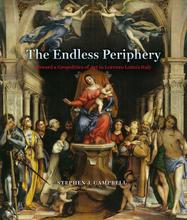 Renaissance painter Lorenzo Lotto delivers a painting that’s cute, funny, and inspired by biblical mythology, but other than that, it’s a bit hard to figure out what exactly is going on in Allegory of Chastity.

I know what you’re thinking, Allegory of Chastity is a weird painting. But right in front of us is a literal Salt Bae. But we’re only half right as that cute little baby isn’t sprinkling salt, he’s sprinkling flowers; at least he’s got the wrist motion down. I guess we know where our very own Salt Bae learned his skills. Let’s start with the facts: In the middle of the painting, there’s a woman sitting by herself in the woods. A few feet above her is the aforementioned Salt Bae sprinkling small white flowers onto her lap. Behind the woman is a female Satyr, playfully hiding behind a tree and looking on toward the woman, and another Satyr measuring how much (presumably alcohol) he has left in his chalice.

Here’s the thing, Satyrs, in mythology, are literally party animals. They’re either half human half horse or half human half donkey and they like to get down. They aim to serve by being the life of the party. That explains why the Satyr in the foreground has an empty chalice and has more than likely stumbled to the ground in a drunken stupor. A Cherub, you know, that flying baby angel, is a servant of God. Cherubim’s purpose is to serve the will of the all mighty bearded guy in the sky.

So one could come to the conclusion that the Cherub is sprinkling flowers, which are a sign of purity, onto the lap of this young woman to try and prevent her from giving in to her temptation in the presence of these very friendly, very drunk, Sartyrs. But who knows, you can really only get that far by taking the name of the painting into consideration. Without it, I’m back to square one.

That may be the point though, I guess. While Lorenzo Lotto may be a super talented Renaissance painter, history seems to have left him behind when you take into consideration the heights that some of his contemporaries reached. Despite that, he has a reputation for having paintings contain odd scenes and complex messages to be decoded. I guess the guy just didn’t want to make it easy for us. And he didn’t. I’ve been staring at this painting for 3 hours, and I’m likely still staring at it while you read this.

Here is what Wikipedia says about Allegory of Chastity

Allegory of Chastity is a c.1505 oil on panel painting by Lorenzo Lotto.

Check out the full Wikipedia article about Allegory of Chastity