More about Alexander and Diogenes 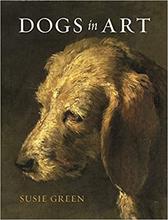 The story of the cynic and the conqueror painted with a punny twist by Sir Edwin Henry Landseer.

Diogenes was a Greek philosopher famous for trying to live his life as simply as possible, much like a dog without worldly possessions. He briefly owned a cup but after seeing a child drink water from his hands he threw it out claiming he’d been bested by a child. It was lifestyle choices such as this that led to him founding the philosophy of cynicism.

Diogenes was nicknamed “Kynos”, which in Greek means dog, but translates to cynic in English. The word has certainly evolved in the last few thousand years as most people who refer to themselves as cynics typically don’t live as animals and fornicate in public, at least to my knowledge. But at the time, that was how Diogenes’ followers chose to live their best life. The nickname wasn’t intended to be a compliment. While other Greek philosophers like Socrates were known for their beliefs or being outspoken, Diogenes was mostly viewed as an eyesore. But Diogenes admired dogs and didn’t give a crap what people thought of him so he wore his new name with pride.

So here, Landseer, known for his lively and expressive paintings of animals, utilized this double meaning of “Kynos” to depict a well-known anecdote in a new and rather adorable way. The anecdote being the meeting of Diogenes and Alexander the Great, and as it has been told and retold for millenia, the nuances of the conversation vary wildly.

The short of it is, Alexander the Great went to Greece to meet with assembled philosophers for counsel on an upcoming expedition. He had hoped Diogenes would attend, but instead the philosopher skipped out to do some sunbathing. Alexander then sought him out personally to seek his counsel by first asking if Diogenes had any request he could grant, to which Diogenes replied that he could move out of his sunlight.

The amount of tact in Diogenes’ reply is what varies the most. It ranges from the equivalent of "kindly step out of the sunlight sir” to “Hey. Move.” Regardless of the phrasing, Alexander admires the man’s honesty and complete disregard for social standing and then says if he wasn’t himself he would want to be that guy. An odd interaction for sure, but still far more amicable than another famous meeting with a different Great and Attila the Hun.

In Landseer’s pup portrayal, Alexander the Puppy looks more in shock than in deep admiration. While it’s not a traditional depiction of the conqueror, like in say Alexander the Great and Campaspe in the Studio of Apelles, his regal bearing is still just as evident and he’s arguably cuter. Landseer even added an extra dose of puppy love by adding a meet-cute to Alexander’s left.

This painting of the dogs shows some texture as if you could feel how soft and smooth the dogs would be in real life. The white color of the dog in the middle really pops out which shows he is the center and where we should be looking.

I enjoy this painting because as you look at the white dog in the center it looks as he is superior to the others, or as if they are almost in a dog meeting! I also see his white coat symbolized some sort of purity.