More about A Tilbury Shelter Scene 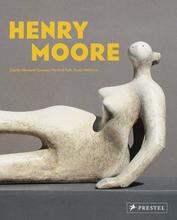 Henry Moore: From the Inside Out by Claude Allemand-Cosneau

The ghostly figures in Henry Moore’s charcoal drawing are in an underground loading dock, sheltering from the Luftwaffe's WWII effort to bomb England back into the stone age.

The German bombers made reasonable progress and the London Blitz lasted 76 consecutive nights.The British government was not very well prepared for this and Londoners forced their way into Tube stations and other underground spaces, rigging up public shelters as best they could.

Moore, famous for his elegant and soft reclining figures, was contracted by the War Artists' Advisory Committee to help document the war effort. The Committee was set up as a propaganda vehicle but it was used also to provide income to hundred of artists who had lost their commissions, and to keep them away from the deadly front in Europe.

He visited the Tilbury Goods Yard Shelter, in the working class East End. Over 10,000 people flooded into the yard each night. A volunteer writer for the Mass Observer, a research group who documented everyday life in the UK, visited Tilbury and found that, "the first time I went in there, I had to come out, I felt sick...There were thousands and thousands of people lying head to toe, all along the bays and with no facilities. At the beginning there were only four earth buckets down the end, behind screens, for toilets...The place was a hell hole."

A Tilbury Shelter Scene is mentioned on our blog - 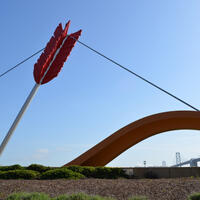 The Hunger Games: Mockingjay (parts 1 and 2 for you movie buffs)
We’re at the final book here in the trilogy, and because we’re going by book and not by movie, if…
Sign up
Forgot Password
Reset Password