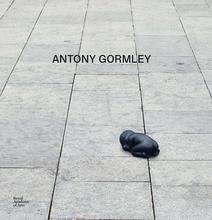 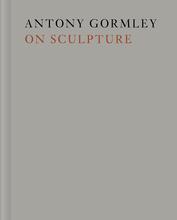 Just to creep out tourists, Antony Gormley has put 6 of his expressionless, life-size casts along the Water of Leith in Edinburgh.

The statues are of his own non-descript naked body, but feel completely anonymous. The first is chest deep in asphalt in the driveway of the Scottish National Gallery of Modern Art. The next four are standing smack dab in the river and help city officials gauge the height of the water. The final one looks out from the Leith dock, towards the ocean.

The lack of expression, the shapeless bodies with bolt nipples and weird placement is disturbing, but also draws you in. Why does this guy not care that he's stuck in asphalt? Is he so at peace that he’s not bothered or is it a determination not to show his agony? Maybe the situation is much worse. Maybe he doesn’t realize that he’s sunk into the black tar and has become its prisoner. Think the Matrix without the blue pill.

6 Times shares something with the heavy metal works of Richard Serra. The art in each case is less in the thing itself than where it’s placed and how that placement makes people feel. Gromley in particular likes to put his sculptures in the most unlikely places possible, like sculptural graffiti. On top of skyscrapers, on the sidewalks of busy streets, in rivers or on the beach and in the ocean, on top of mountains, and in olive groves.

This is off-the-scale egotism on the part of the "artist" Gormley, and it's a mark of the sycophantic nature of the tasteless persons in charge of the river these days.
Right now I can't recall what the cost of these rusty mannequins was, but it was an eye-watering number.

Rivers are at their best when left uninterfered-with by fools who understand little or nothing about nature and natural environments.

I can think of no other place where environmental vandalism like this has been foisted on a major city's sole internal waterway.

This administration is the same as the one responsible for the laffable nonsense of the Edinburgh tram system, which set records of all the wrong sort in overrunning budgets and schedules of completion.

Whether the City Council was responsible or not in direct terms for this crass assault on Edinburgh's river, that body could easily - if a shred of sense or taste remained within its members - have kiboshed this crazy-squared set of self portraits planted into the river-bed.

Gormley is an Englishman. With exactly WHAT? connection to either Edinburgh or its river except, of course, that he cashed a big fat cheque of Edinburgh-money for this commission. For six statues of himself. Naked ones. Unbelievable, but it happened.

Can anyone imagine London's City Council passing a motion to buy a set of iron-Scotsmen to root into the bed of the Thames? No?

Nor I. Too much cold hard common sense there. But in Edinburgh there seems little enough of that increasingly rare commodity, and those six rusty eyesores are all the proof that's needed on that score.

Local opinions on these things were well enough expressed by their periodic adornment in bikinis and paint.

And when the river's take on them showed by tipping them over in a spate, the "expertise" of their original installation became clear for all to see. Yet the only response was to double down and re-erect them.

The sole comfort here is that - in time the river itself will eventually eat this assault on its natural beauty, being exactly aligned as they with Prince Charles's comment on ugly buildings as being similar to a "monstrous carbuncle on the face of a well loved friend".

Which expresses this whole disgrace of an "art" piece so much better than I can manage.

Finally. These things should be removed from the river and - if they absolutely MUST be exhibited, let them infest that newish Museum attached to the older Chambers Street buildings.

I love this artwork. It is a random statue in the middle of the road only staring at his stomach. There is more happening around him with people going about their daily life such as people walking and car tracks, but that does not take away from the stature chilling in the bottom corner. the statue seems larger because it is closer to the camera while the things in the distance seem smaller because they are further away from the camera.

6 Times is mentioned on our blog - 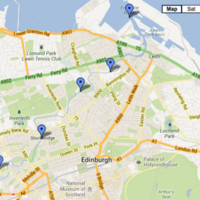 Walking on Water in Dunedin
Walk along the Water of Leith in Dunedin (also known as Edinburgh), following the ancient windy…
Sign up
Forgot Password
Reset Password