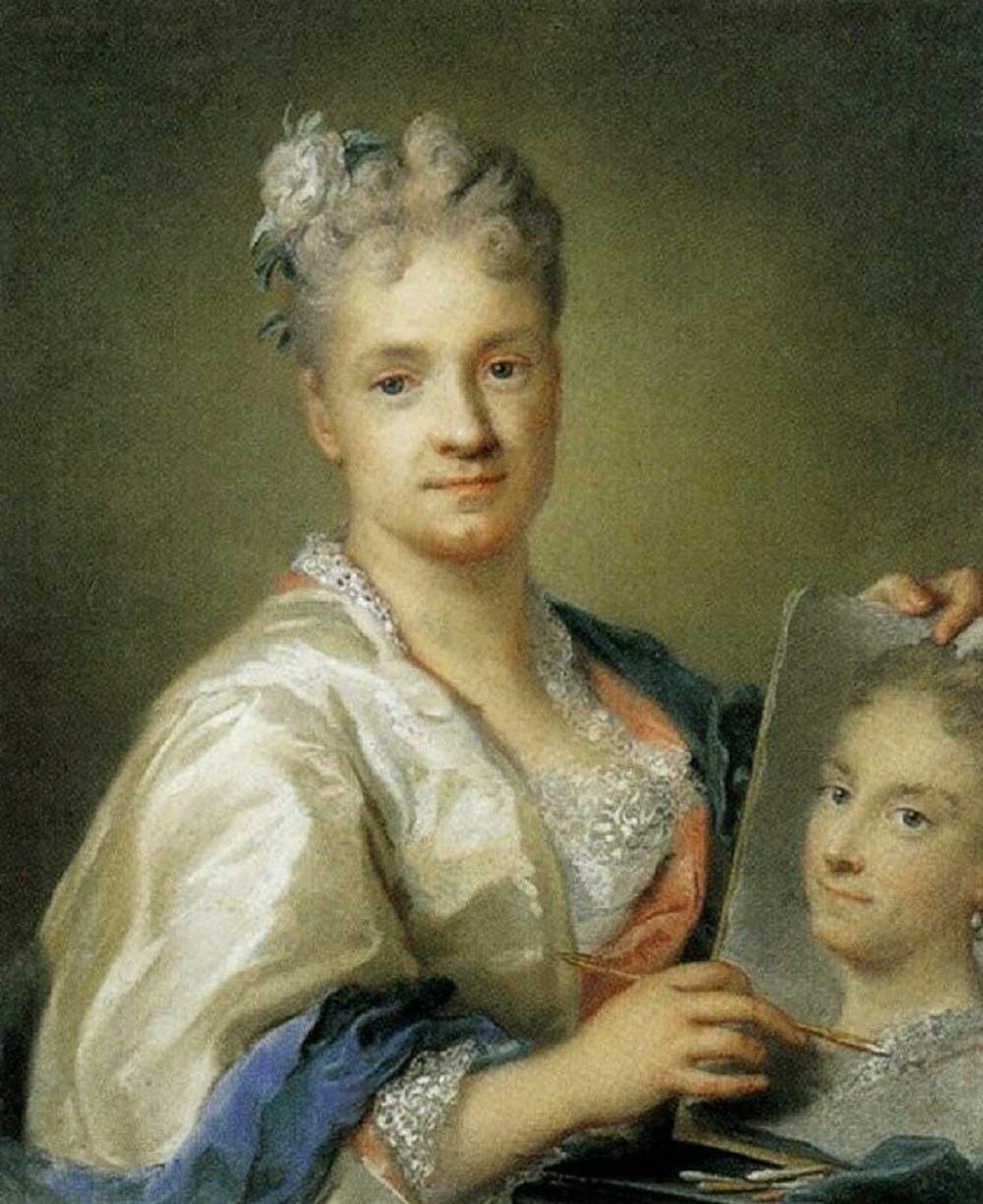 Carriera’s colorful pastels fit well within the longstanding tradition of Venetian color, as opposed to Florentine line and design.

In an age of exploration and empire building, one of Carriera’s main sources of income became commissions painted for wealthy imperialists.

Women, Art and the Politics of Identity in Eighteenth-Century Europe by Melissa Hyde

Rosalba Carriera is the most successful painter you’ve never heard of. And, yes, it’s because she was a woman.

The art world has never been friendly to women, but at least we’re no longer in the eighteenth century. Despite prevailing thoughts that women weren’t worthy of participating in the fine arts, Carriera’s Venice locale helped. Eighteenth-century Venice was a busy and creative place, producing artists like Canaletto, Giovanni Battista Tiepolo and his son, and more. As Carriera set out on her mission to be in the arts, she learned how to make lace from her mother and corresponded with other fine artists. However, as she settled into portraiture, she mainly taught herself.

Carriera started out painting miniatures, one of the only fine arts deemed fit for women. She painted tiny portraits on ivory to decorate the inside of snuffbox lids. This training helped her develop an eye for detail, which she later utilized in her pastel portraiture. Carriera’s knack for creating expressive images using pastels earned her clout in the male-dominated art world of the eighteenth century.

Being situated in Venice allowed her to take advantage of the international pool of clients passing through the crossroads city, and she also did some traveling of her own. She made a name for herself across Europe in no time and gained admittance to the art academies of Rome, Bologna and Paris, the last of which rarely accepted women. Most notably, she painted portraits of Louis XV as a child, as well as other members of the French aristocracy.

Carriera’s use of pastels for serious portraiture was unique. Until then, artists almost exclusively used pastels for sketches. She was the first artist to gain international renown for pastel portraits that could be considered alongside oil paintings. As a woman, this was a pretty big deal, and she was creating beautiful pastels way before Degas ever did.

As she became the queen of Rococo pastels, her greatest patron was Augustus III of Poland, who collected one-hundred fifty of her softly-colored, yet luminous portraits. As her fame grew, she upped her art production and eventually brought on her sister Giovanna as her assistant. The sisters were close, and Giovanna’s early death hit Rosalba hard. Carriera spent the last two decades of her life mourning her sister. She also suffered from failing eyesight in the last eight years. Despite these hardships, she still continued to inspire future artists, especially Elisabeth Louise Vigee-LeBrun. Although she is not always included in the history books, the art world still recognizes her significance. Her work continues to fetch good money, with a recent sale gaining a little over half a million dollars at Christie’s London in July 2008.

Here is what Wikipedia says about Rosalba Carriera

Rosalba Carriera (12 January 1673 – 15 April 1757) was a Venetian Rococo painter. In her younger years, she specialized in portrait miniatures. It is for this that she was able to build a career in portraiture. Carriera would later become known for her pastel work, a medium appealing to Rococo styles for its soft edges and flattering surfaces. She is remembered as one of the most successful women artists of any era.

Check out the full Wikipedia article about Rosalba Carriera