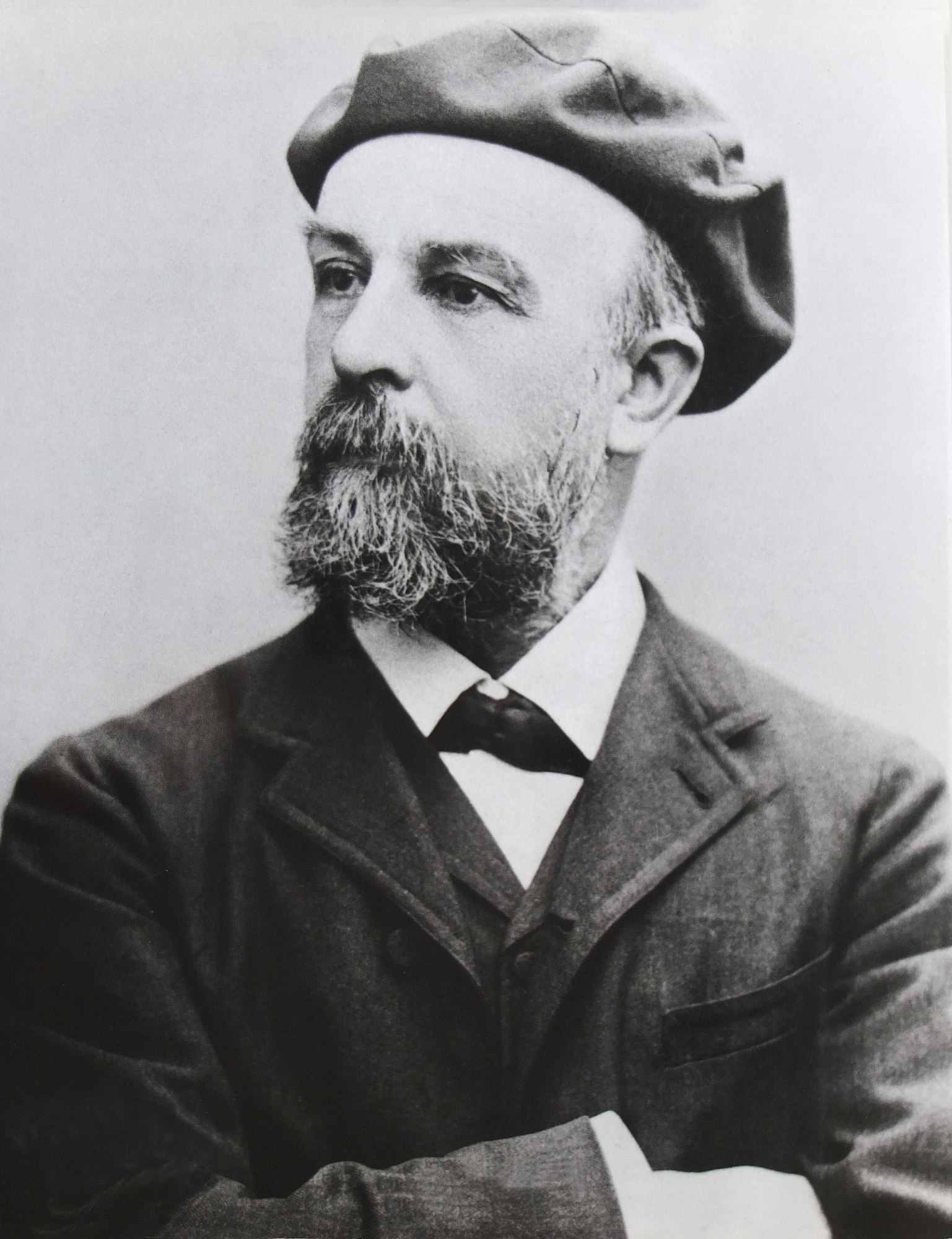 Redon was a huge fan of the French chemist Louis Pasteur (of pasteurization fame), and sent him an enthusiastic fan letter in the 1880s along with a set of his microbe-inspired lithographs, called Origins (1883).

Redon once expressed his interest in exploring “effects produced by the abstract character of line” in his art, demonstrating his influence on the development of abstraction in the 20th century.

Until he was about 60, Redon worked exclusively in charcoal and lithographic chalk because he considered black to be, above all other colors, “the agent of the spirit.” 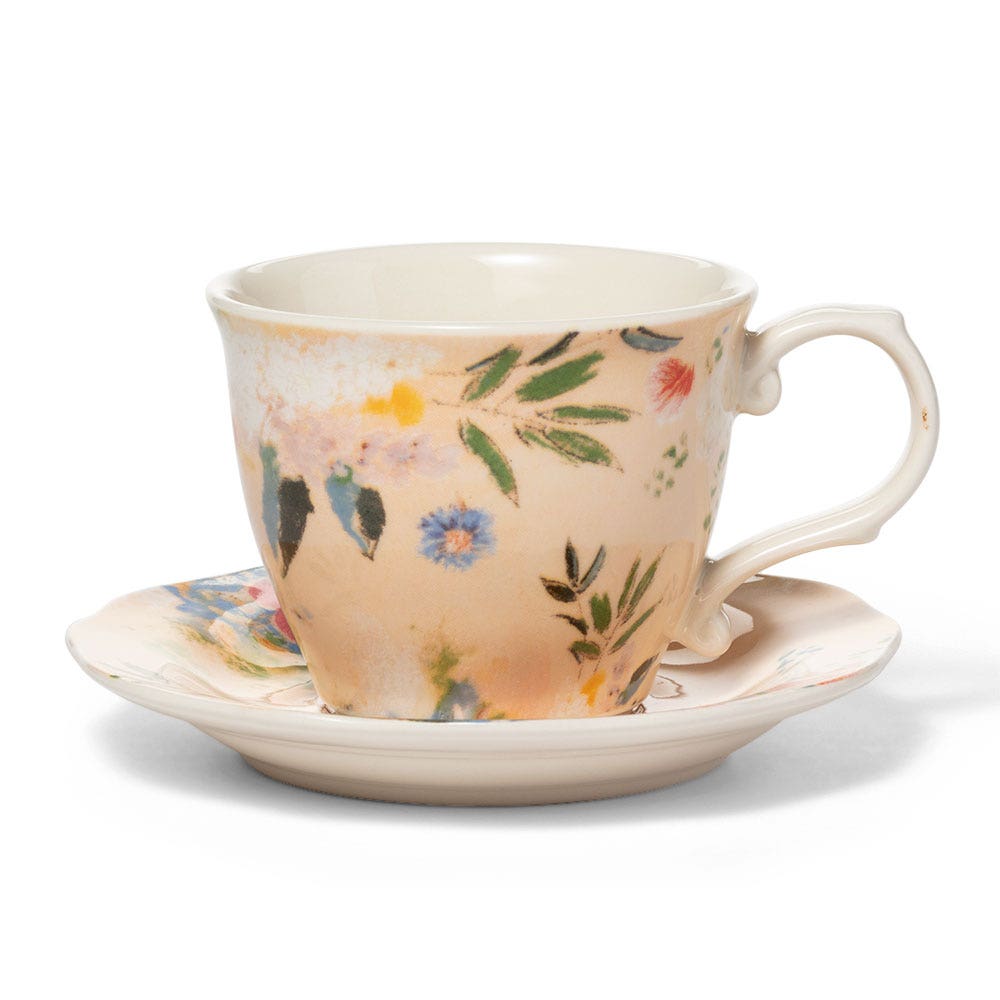 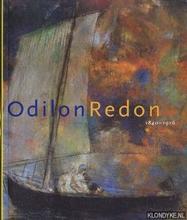 Odilon Redon is the precursor to Salvador Dali and Marcel Duchamp that we never knew we wanted.

Born in Bordeaux, France to a Creole woman from Louisiana, Redon’s real name was Bertrand Jean Redon, but everyone called him a variation of his mother’s first name which was Odile. He was a weird and sickly child, possibly afflicted with epilepsy. Because of his weak health, he was sent to live with his uncle on the family winery. He was alone a lot and therefore had to entertain himself if he didn’t want to be constantly bored. He claimed that he would watch clouds go by and hide behind curtains in their giant house. Nothing about his life was bad but it was tinted with darkness from the beginning, something that defined his later work. He started school at the age of 11 which gave him a chance to be really, really different from the other kids. He was winning art contests because he wasn’t shoved onto the same conveyor belt of education as every other kid and showed some creativity. His parents recognized this and sent him to work for Stanislas Gorin in 1855. Gorin introduced Redon to artists like Delacroix and Goya. It was as good an introduction to the art world as any.

Redon’s father pushed him to study architecture at L’Ecole des Beaux Arts but after a year of loathing it, he quit. Then he studied with Jean-Léon Gérome, who was much too harsh for Redon’s taste so he quit that too. Nothing was working out until Redon met Rodolphe Bresdin in 1865. This was the man who made Redon fulfill his entire potential. Under his mentorship Redon accessed his trippy, spiritual side that made his art so fugging cool.

In the 1870s Redon worked with absolutely no color whatsoever. It was surreal and awesome, but completely devoid of color. This was not a statement about Redon’s lack of happiness or love. He happily married Camille Falte in 1880, claiming that he was more sure of his love for her than even his vocation as an artist. But the black was ever present. The only indication that the darkness of his work would fit his personal life was when the couple lost their six-month old son and Redon slipped into a deep depression. The charcoal was going on before this so I guess it was a genuine interest; then in 1890, something inside Redon snapped. From that point on he only worked in the most vibrant of colors. Some say it was an enlightenment or religious awakening but this is unconfirmed. Luckily people loved the switch and he grew more and more popular. Redon participated in the super famous Armory Show of 1913 and had a catalogue raisonne of his prints published. All was well until the war started in 1914, and his son went to fight on the front lines. It’s said that Redon died of the dread of losing another son.

Here is what Wikipedia says about Odilon Redon

Early in his career, both before and after fighting in the Franco-Prussian War, he worked almost exclusively in charcoal and lithography, works referred to as noirs. He started gaining recognition after his drawings were mentioned in the 1884 novel À rebours (Against Nature) by Joris-Karl Huysmans. During the 1890s he began working in pastel and oils, which quickly became his favourite medium, abandoning his previous style of noirs completely after 1900. He also developed a keen interest in Hindu and Buddhist religion and culture, which increasingly showed in his work.

He is perhaps best known today for the "dreamlike" paintings created in the first decade of the 20th century, which were heavily inspired by Japanese art and which, while continuing to take inspiration from nature, heavily flirted with abstraction. His work is considered a precursor to both Dadaism and Surrealism.

Check out the full Wikipedia article about Odilon Redon

Odilon Redon is mentioned on our blog -