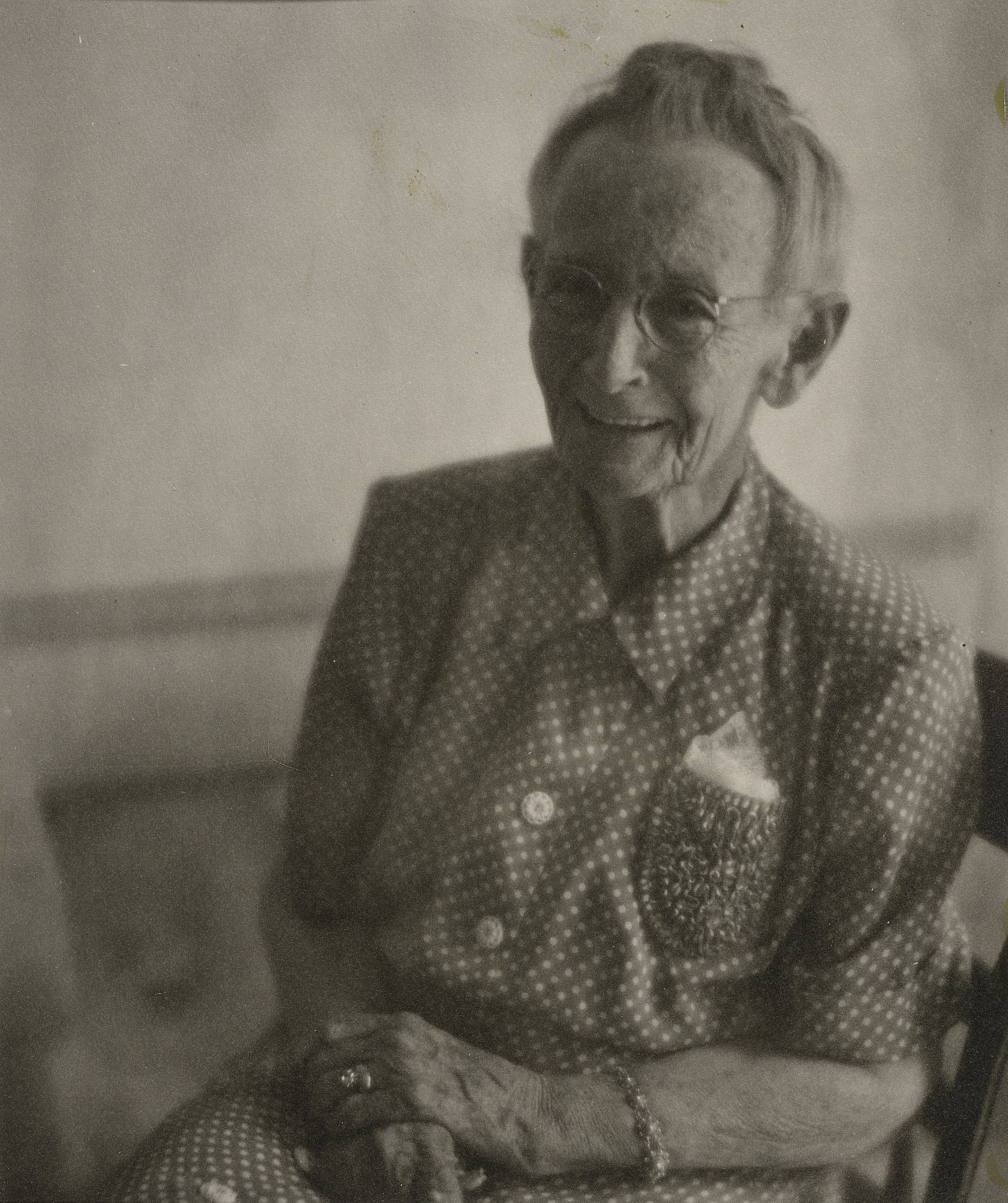 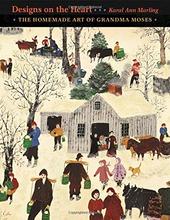 Designs on the Heart: The Homemade Art of Grandma Moses by Karal Ann Marling 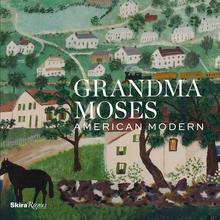 I mean, she was definitely a grandma. She had 10 children (only 5 of which survived past infancy), nine grandchildren and over thirty great-grandchildren (and counting) but she wasn’t just a grandma. In her old age, she took up painting and apparently had a knack for it because she became a famous artist in her 70s!

To put things in perspective, Grandma Moses was born the same year that Abraham Lincoln was elected president (1860) and died the same year that construction began on the Berlin Wall (1961). If this doesn’t blow your mind then I don’t know what can. The things poor Grandma Moses must have seen in her lifetime. Rightfully so, she was dubbed “Grandmother of the Nation.”

Grandma Moses began her art career when she could no longer do embroidery due to arthritis, which may be the most grandmotherly thing to ever happen. She first sent her paintings to a county fair along with her raspberry jam and strawberry preserves. Strangely, it was the jam that stole the show. She was only discovered when an art collector/engineer from New York bought some of her paintings for $3-$5 dollars each. She then had a show in New York followed by a feature in the Museum of Modern Art’s exhibition “Contemporary Unknown American Painters.” And from there, her career skyrocketed and little Grandma Moses became the bee’s knees.

She did have a backup plan if the art thing didn’t pan out, however. She stated that “if [she] hadn’t started painting, [she] would have raised chickens,” which is similar…but different. Luckily for us her art career did pan out so Grandma Moses became famous, she befriended Norman Rockwell and was featured in his painting “Christmas Homecoming,” had a character based off of her in the television series The Beverly Hillbillies (obviously “granny” is the character based off of her), and even has a painting of hers currently hanging in the White House. Grandma Moses truly put the little old lady stereotype to shame with her kicking of ass and taking of names.

Here is what Wikipedia says about Grandma Moses

Anna Mary Robertson Moses (September 7, 1860 – December 13, 1961), or Grandma Moses, was an American folk artist. She began painting in earnest at the age of 78 and is a prominent example of a newly successful art career at an advanced age. Her works have been shown and sold worldwide, including in museums, and have been merchandised such as on greeting cards. Sugaring Off was sold for US$1.2 million in 2006.

Moses appeared on magazine covers, television, and in a biographical documentary. Her autobiography is My Life's History, she won numerous awards, and she held two honorary doctoral degrees.

The New York Times said: "The simple realism, nostalgic atmosphere and luminous color with which Grandma Moses portrayed simple farm life and rural countryside won her a wide following. She was able to capture the excitement of winter's first snow, Thanksgiving preparations and the new, young green of oncoming spring... In person, Grandma Moses charmed wherever she went. A tiny, lively woman with mischievous gray eyes and a quick wit, she could be sharp-tongued with a sycophant and stern with an errant grandchild."

She was a live-in housekeeper for a total of 15 years, starting at age 12. An employer noticed her appreciation for their prints made by Currier and Ives, and they supplied her with drawing materials. Moses and her husband began their married life in Virginia, where they worked on farms. In 1905, they returned to the Northeastern United States and settled in Eagle Bridge, New York. They had ten children, five of whom survived infancy. She embroidered pictures with yarn, until disabled by arthritis.

Check out the full Wikipedia article about Grandma Moses

Grandma Moses is mentioned on our blog - 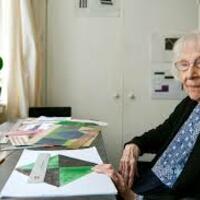 Dames Done Wrong: Carmen Herrera
It’s not that anyone did anything explicitly bad to Carmen Herrera. It’s just that no one did…
Sign up
Forgot Password
Reset Password
Verify your email