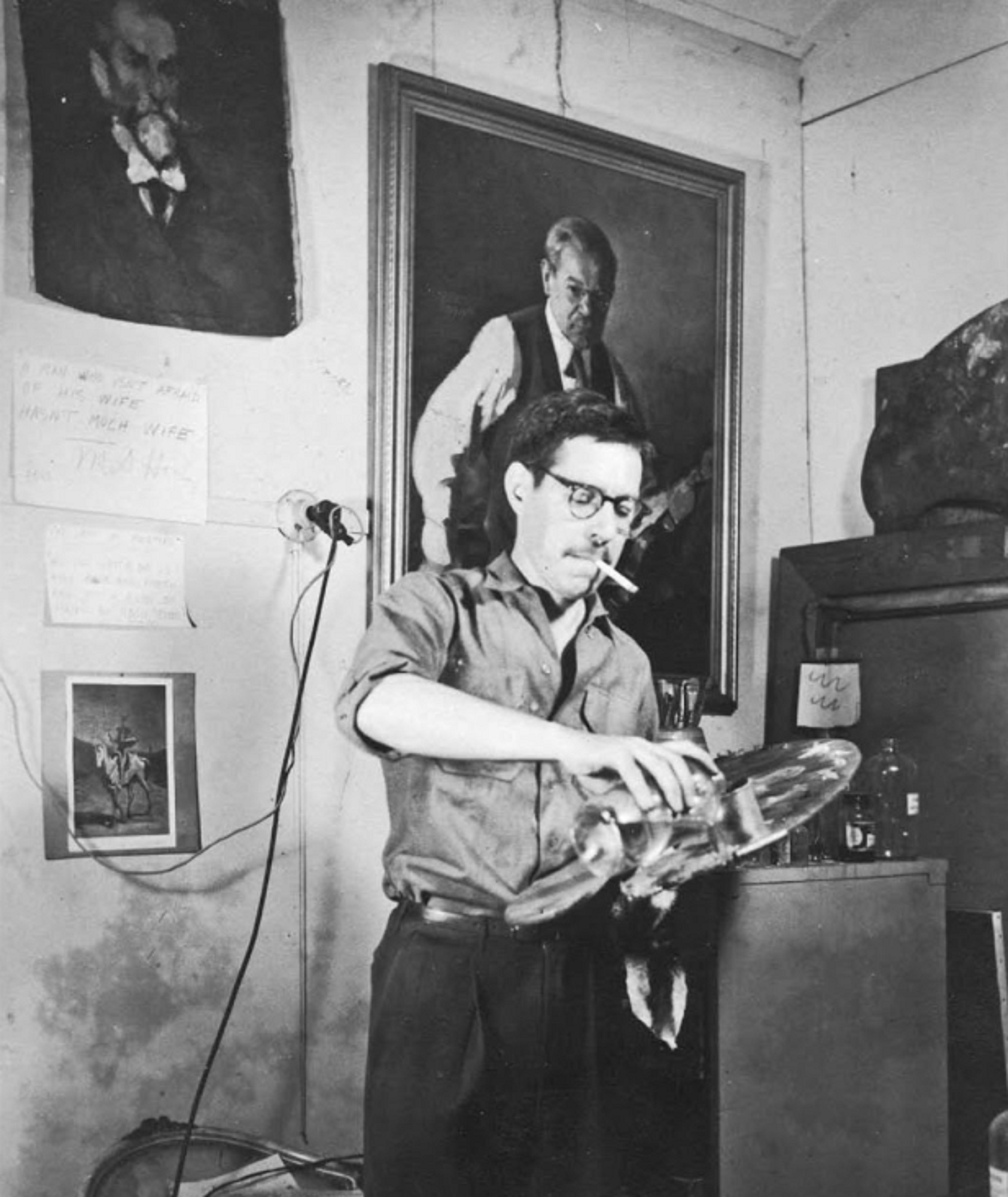 With so little information publicly available about David Silvette, it’s hard to believe he was one of Virginia’s most sought-after portrait artists in the early 20th century.

David Silvette never intended to become an artist. He, along with his younger sisters Marcia and Mildred, followed in his father Ellis’ footsteps by becoming a portrait artist. A law professor at the University of Virginia, Charles A. Graves, once overheard teenage David making suggestions to his father as he worked on Graves’ portrait and told David he should take up painting. David initially studied under his father, then went on to study with other East Coast portraitists like Cecilia Beaux and Charles Hawthorne.

David Silvette turned out to be an excellent painter, perhaps even surpassing his father. After winning several art contests, he became renowned in Virginia for his portraits of significant historical figures and business leaders. Silvette was confident in his style and often declined any requested alterations to his work. When the Secretary of the Treasury Henry Morgenthau had some ideas for his portrait, Silvette simply responded, “I know what I am doing.” One of Morgenthau’s advisors jokingly suggested to hire Silvette as assistant secretary because “he won’t take orders from anyone.”

Silvette paused his art career to fight in the Second World War for over two years. He brought home a Purple Heart and continued his work as a talented artist, going on to paint murals for federal buildings in addition to individual portraits. His work was generally well-received by commissioners and the public alike. The federal Fine Arts department even received a letters from Silvette’s admirers requesting that he paint the entire Virginia courtroom.

Silvette did have a brief stint in court, however. In 1974, the Virginia Art Commission refused to accept Silvette’s portrait of Dr. Richard Lee Morton, a history and political science professor at the College of William and Mary. Their denial of the portrait was based on their belief that everything below the subject’s head was poorly painted. Silvette had previously taken the Virginia Art Commission to trial two years earlier when asked to modify a portrait for acceptance. The state court ruled in favor of Silvette, stating it restrained his freedom of expression. But when the matter was revisited in the Supreme Court, the previous ruling had been reversed. Silvette’s case was dismissed on the grounds that while an artist is allowed the right to paint however they choose, they do not have the right to compel a donor to accept their work.

Silvette passed away at the age of 83 in Richmond, Virginia. Although information about his life isn't widespread, his artwork is displayed in galleries worldwide. Some of his most popular works include the portraits of F. Scott Fitzgerald and young Thomas Jefferson along with portraits of Confederate leaders and soldiers.