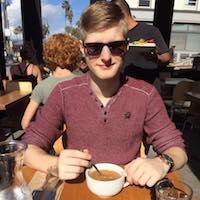 Austin Turman has lived in Houston, Texas for the last twenty-two years but secretly loves California so much that he decided to intern for Sartle (don’t tell his fellow Texans). While attending the University of Houston – where he would later earn his B.S. in Political Science – he developed a passion for writing. This allowed him to write for the university newspaper, a political web show, the Society of Petroleum Engineers, and now for Sartle. Austin has hopes of attending law school in the future, but in the meantime, he wants you to make you laugh and learn.