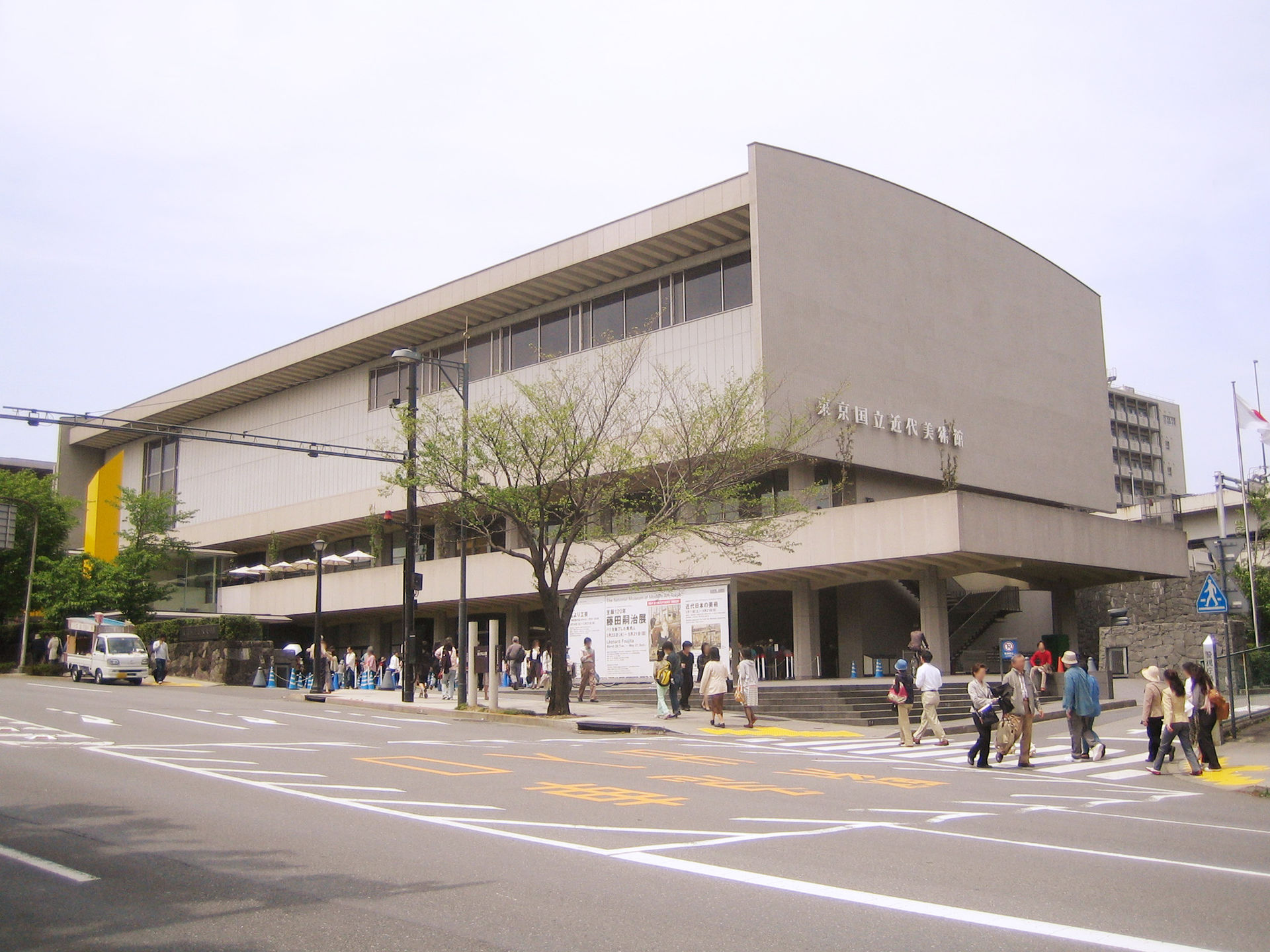 Here's your crash-course in modern Japanese art and culture during your trip to Japan!

The entire goal of the MOMAT, since it became the first national art museum in Kyobashi in 1952, has been to increase public interest in Japanese art and society. The curators put together one of the most comprehensive collections of Japanese artistry known to man and is your one-stop day-trip shop for all of your Japanese cultural needs, be you novice or nut.

Most guests, when visiting the MOMAT, think that the museum begins and ends with the building labeled “The Museum of Modern Art, Tokyo”, but don’t let that fool you! This is only the main building of the MOMAT. Unlike many museums in the United States and Europe, which confine themselves to one building, the MOMAT has spread itself over three buildings scattered around  the Chiyoda Ward in Kitanomaru Koen, near the Imperial grounds.

However, those who expect more of the eccentric Japanese style that many Westerners know and love will be sorely disappointed. The architecture of the building demands dignity and respect and respect for the art inside. The actual works are organized chronologically, to make the Japan’s artistic development apparent to newcomers, and explores surrealist, constructivist, and avant-garde works native to Japan. There are sections of the museum that delve into the effects of Western art on Japanese art, so don’t be surprised if you see some works that look eerily similar to Picasso’s work or European Impressionist works.

MOMAT’s main building also has an air conditioned sitting room that overlooks the imperial gardens; so on a hot summer day, if you’re near the palace, stop in to take in some art and cool down!

The next two buildings of the MOMAT museum are the “Arts and Crafts” building, located in Kitanomaru Park near the Imperial Palace and built in to what was once an Imperial guard tower, and the “National Film Center” which is in Kyobashi near Ginza. Neither of these buildings were opened until the 1970s, so they’re still fairly new as far as museums go and fairly unpopular due to the fact that they’re halfway across the park from the main building. But if the sitting room in the main building is full on a hot day, the galleries in the Crafts gallery is right across the street and is going to be your next best bet at air conditioning near the palace.

Overall, the MOMAT is a good place to go for flash exposure to Japanese art and culture. If you’re looking for some place with a more in-depth exploration of the country or specific artists, you’d probably be safer visiting a smaller, privately owned museum. Traveling with kids might be a problem for this museum, too. None of the MOMAT buildings are designed to be particularly child-friendly, so again a smaller museum may be a more enjoyable place to visit. For a quick getting-to-know-you session with Japan and its artistic history, though, the Museum of Modern Art in Tokyo is the place to be.

Here is what Wikipedia says about National Museum of Modern Art, Tokyo

This Tokyo museum is also known by the English acronym MOMAT (National Museum of Modern Art, Tokyo). The museum is known for its collection of 20th-century art and includes Western-style and Nihonga artists.

The National Museum of Modern Art, Tokyo, was the first National Museum of Art in Japan and dates back to 1952, when it was established as an institution governed by the Ministry of Education. The architect of the building was Kunio Maekawa. On two later occasions, neighbouring premises were purchased and the Museum was further enlarged. The most recent re-design of MOMAT was conceived by Yoshirō Taniguchi (father of Yoshio Taniguchi who designed the extension of MOMA in New York).

Check out the full Wikipedia article about National Museum of Modern Art, Tokyo