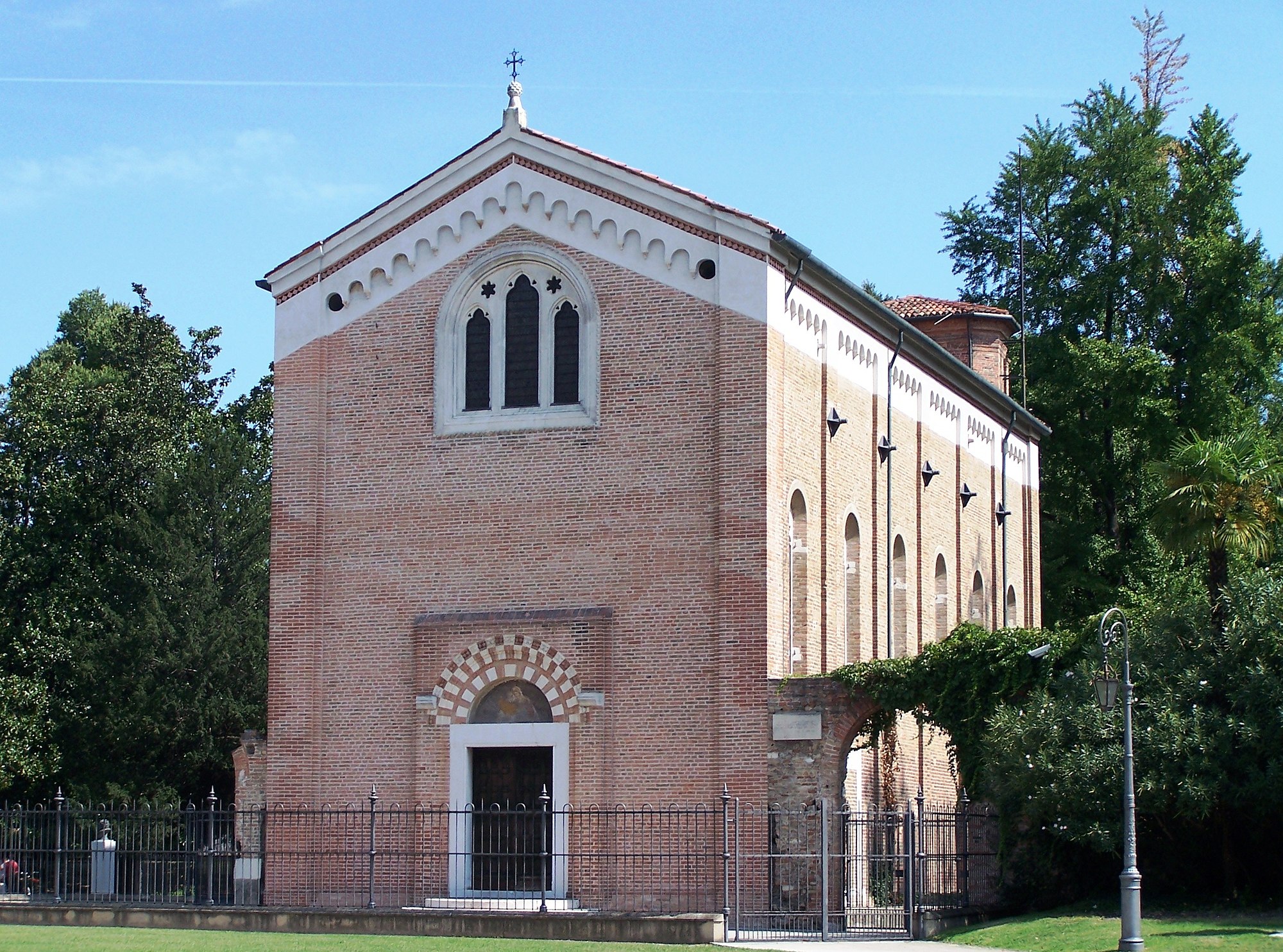 Unlike most divine judgments there’s actual literary proof, Dante names Reginaldo deep in the seventh ring. Reg actually asks Dante what a nice writer boy like him is doing chilling in a pit like that. Enrico was not gonna make his father’s mistakes, but he also wasn’t trying to skip out on the perks of being a loan shark, so he tried to buy his way into heaven by paying for this nice little chapel.

The master plan was that Enrico would build the chapel for the Virgin Mary, and she’d be so thrilled about all of the art and attention that she’d grant him “eternal mercy” by intercession. Giotto even painted Enrico into a fresco, depicting the benefactor handing a little model of the chapel to the three Marys, like a little “suggested tip” section of the receipt, but for salvation and paradise until the end of time. It wasn’t all peaches though. Nearby Augustinian monks complained about the chapel being too large, and its bells too loud. Sounds like the abbey bros were just jealous they got out-holied by a sinning banker, [foreshadowing the usurpation of the Catholic church’s financial hegemony by the power-accumulating violence of capitalism] but I’d bet on God being more into a century’s worth of abbey-brewed beer than a house that isn’t even useful for an omnipotent cloud of energy.

Scrovegni, in a classic userer’s move, was creative with his divine bribery: 2-for-1 deal it’s a chapel and a painting, all this for the price of one saved soul. The frescoes cover pretty much the entire inside surface, which means that unlike most artworks, the 21st century art pilgrim can get consumer reviews: 86% of visitors gave it five stars on TripAdvisor which is way better than the 33% the White House gets. One review docked a star because it’s pretty hard to see the higher-up frescos, but otherwise, 10/10 would recommend to a friend.

Here is what Wikipedia says about Scrovegni Chapel

The Scrovegni Chapel (Italian: Cappella degli Scrovegni [kapˈpɛlla deʎʎi skroˈveɲɲi]), also known as the Arena Chapel, is a small church, adjacent to the Augustinian monastery, the Monastero degli Eremitani in Padua, region of Veneto, Italy. The chapel and monastery are now part of the complex of the Museo Civico of Padua.

The chapel contains a fresco cycle by Giotto, completed about 1305 and considered to be an important masterpiece of Western art. In 2021, the chapel was declared part of the UNESCO World Heritage Site of the 14th-century fresco cycles comprehending 8 historical buildings in Padua city centre. Specifically the Scrovegni Chapel contains the most important frescoes that marked the beginning of a revolution in mural painting and influenced fresco technique, style, and content for a whole century.

Check out the full Wikipedia article about Scrovegni Chapel