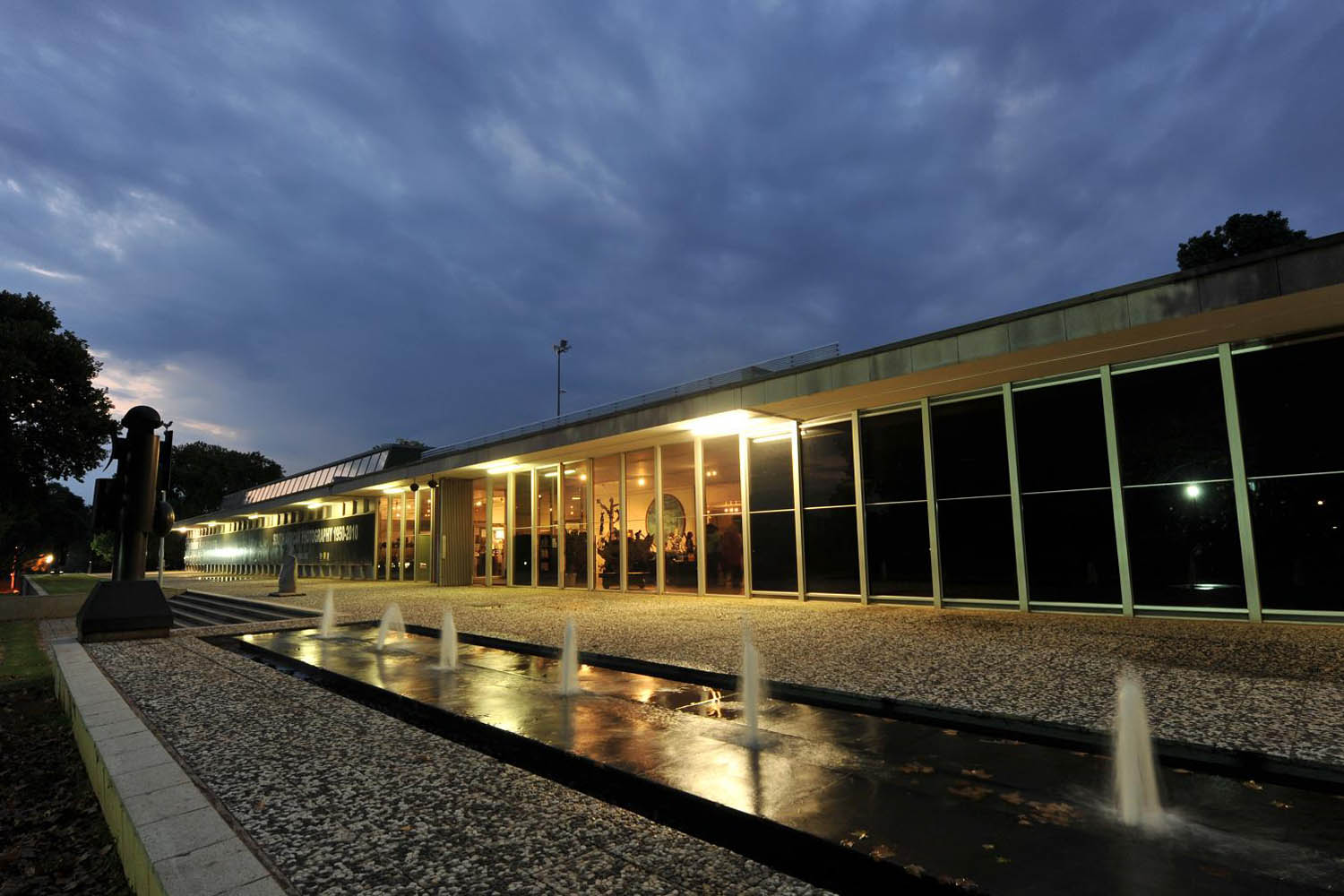 Pretoria Art Museum's got the best deal on fine art in the Gauteng Province.

Then again, it's the only fine art museum in or around Pretoria. So it's just about the only option available if you're looking for neat art in South Africa's executive branch capital (there's a different capital for each of the three branches of government, FYI). Still, the sticker price of ZAR 22 for admission comes out to less than about $2, so how can you lose? The museum's mission focuses on showcasing South African art, with a heaping helping of works from Europe and the United States.

The museum came about after Pretoria's City Council needed to stash their collection of sweet 17th century Flemish and Dutch golden age masterpieces. It all goes back to the early 20th century. Sir and Lady Max Michaelis were art collectors extraordinaire. Going between Europe and South Africa collecting all the art they could muster. Sir Max was a diamond mining magnate and his wife was something of BAMF'ing philanthropist. Each had a soft spot for art, made evident by their ginormous collection that included portraits of themselves by none other than painting maestro John Singer Sargent.

Lady Michaelis decided to donate all their paintings between a couple spots in Max's native home of South Africa after he sadly died of cancer in the 1930s. The city of Pretoria put their portion of this gift into storage until 1955 when preparations were made to celebrate the 1/3 capital's centenary anniversary. Civic leaders had an 'Aha!' moment when they realized a museum was the perfect way to both get the party going for the city's milestone and place all these paintings donated by Lady Michaelis on public view. You know, for people to actually enjoy as intended.

Here is what Wikipedia says about Pretoria Art Museum

The Pretoria Art Museum is an art gallery located in Arcadia, Pretoria in South Africa. The museum in Arcadia Park occupies an entire city block bounded by Park, Wessels, Schoeman and Johann Streets.

The Pretoria Art Museum was established to house the City Council of Pretoria's Art Collection, built up since the 1930s. The collection received an early windfall in 1932 when Lady Michaelis bequeathed a large number of artworks to the city council after the death of her husband, Sir Max Michaelis. The collection consisted mainly of 17th-century work of the "North Dutch school",. South African works included pieces by Henk Pierneef, Pieter Wenning, Frans Oerder, Anton van Wouw and Irma Stern. The collection was originally housed in the Town Hall. As South African museums in Cape Town and Johannesburg already had good collections of 17th-, 18th- and 19th-century European art, it was decided to focus on compiling a representative collection of South African art.

Aside from these artists, work by Pieter Hugo Naudé, Maggie Laubser and others was acquired. The purchase of international work was focused on more affordable graphics prints from Europe and USA. More recently there was greater emphasis on contemporary South African art and building a more representative historical collection also traditional arts and new-media. After the death of the sculptor Lucas Sithole 1994, half of his unfinished work by Haenggi Foundation was donated to the museum after documented by art historian Elza Miles. The South African collection now includes work by Gerard Sekoto and Judith Mason. Since the mid-1990s, the New Signatures competition is also held at the Pretoria Art Museum.

Check out the full Wikipedia article about Pretoria Art Museum

Pretoria Art Museum is mentioned on our blog -

From Botched Restoration to Selfie Destruction: 5 of the Worst Art Fails
If you think the art world is full of sophisticated blue bloods standing around in fancy gowns…
Sign up
Forgot Password
Reset Password