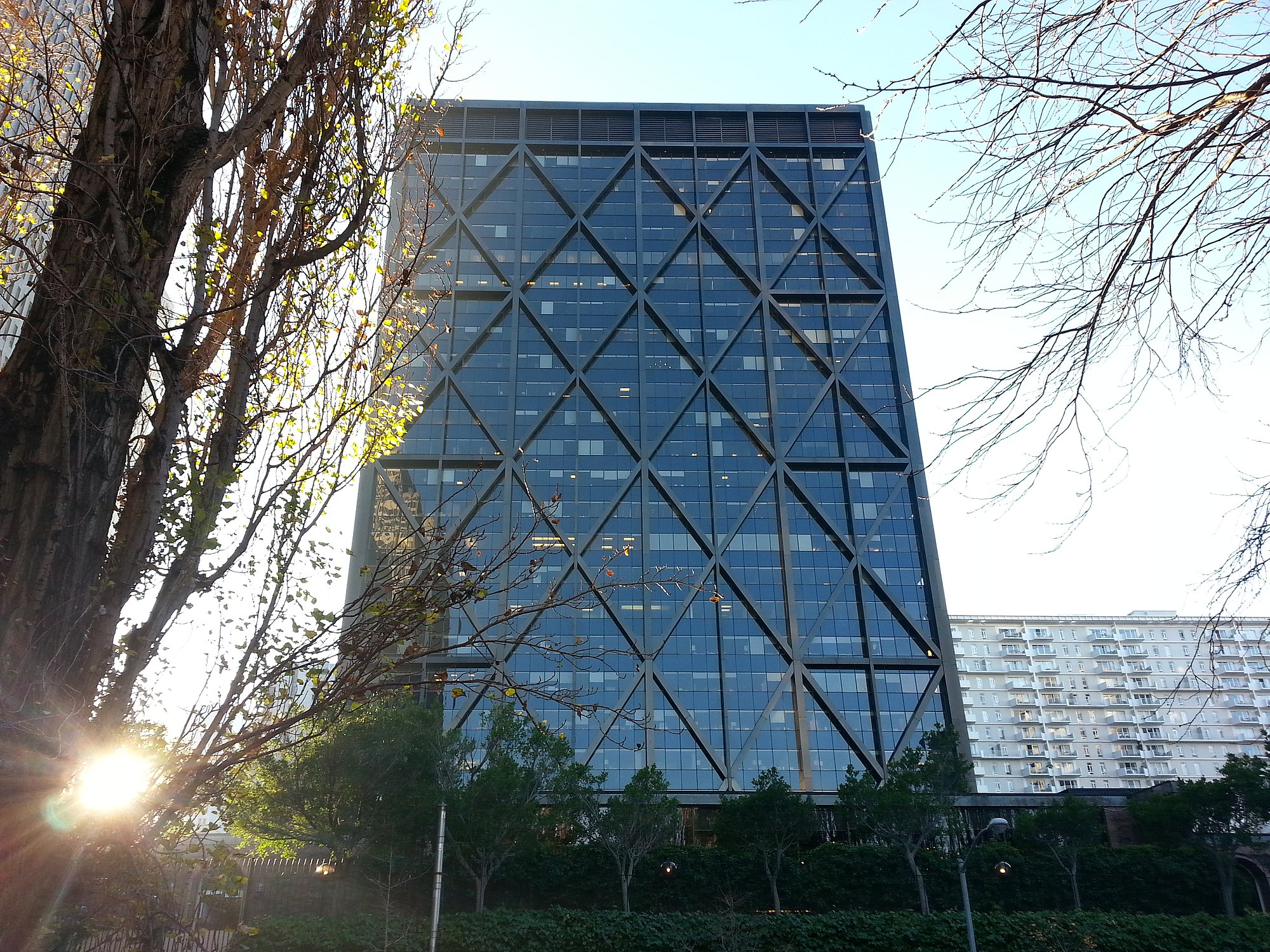 More about One Maritime Plaza

Works at One Maritime Plaza

One Maritime Plaza is a marvel of modern architecture hiding marvels of modern art in plain sight.

Opened in 1967 as the Alcoa Building, One Maritime Plaza is located along San Francisco’s Embarcadero. Known for its sleek glass design contrasted with geometric metal X’s meant to protect it from San Francisco’s infamous seismic shifts, the building is considered an iconic landmark of the City’s skyline. In 1997, Equity Office Properties Trust took over the building and in 2003 decided, much to the chagrin of architecture lovers, that the retro landmark needed a retrofitting to avoid it being shaken like the martinis of the 1960s ad-execs that one pictures wandering its halls. While they did their best to blend the new diagonal bars meant to reinforce the structure with the original design, it didn’t stop critics from declaring that, “They might as well have reclad the whole damn building and call it a day.” While we appreciate wanting to maintain the vision of architects Skidmore Ownings Merrill, potentially saving the lives of Don Draper and the building’s other tenants seems more important.

Not all of the changes to the building have come under such scrutiny. The recent decision to make One Maritime Plaza San Francisco’s first hybrid electric building has of course been applauded by the tree-hugging environmentalists who plague the City by the Bay. The building’s current owners Morgan Stanley Real Estate Investing have teamed up with Advanced Microgrid Solutions who will use Tesla’s alien-batteries-from-the-future (I’m onto you Musk) for the clean energy project set for completion in early 2018.

The people of SF, or at least we here at Sartle, most enjoy the changes and additions made over the years to the public art in the building’s privately owned plaza. It’s an oxymoron, but we’ll roll with it as long as we’re allowed to enjoy our coffees here as the fog rolls in. The small park is part of the Golden Gate Development Project and is connected to the Golden Gateway and Embarcadero Centers via pedestrian bridges. Built out of sight on top of the building’s parking structure the green space is a peaceful oasis offering world class art to everyone from the bankers who work in the surrounding buildings to the homeless who sleep on the busy streets below.

Here is what Wikipedia says about One Maritime Plaza

One Maritime Plaza is an office tower located in San Francisco's Financial District near the Embarcadero Center towers on Clay and Front Streets. The building, built as the Alcoa Building for Alcoa Corporation and completed in 1964, stands 121 m (398 feet) and has 25 floors of office space. The surrounding plaza was finished in 1967. This is one of the earliest buildings to use seismic bracing in the form of external trusses and X-braces.

Check out the full Wikipedia article about One Maritime Plaza