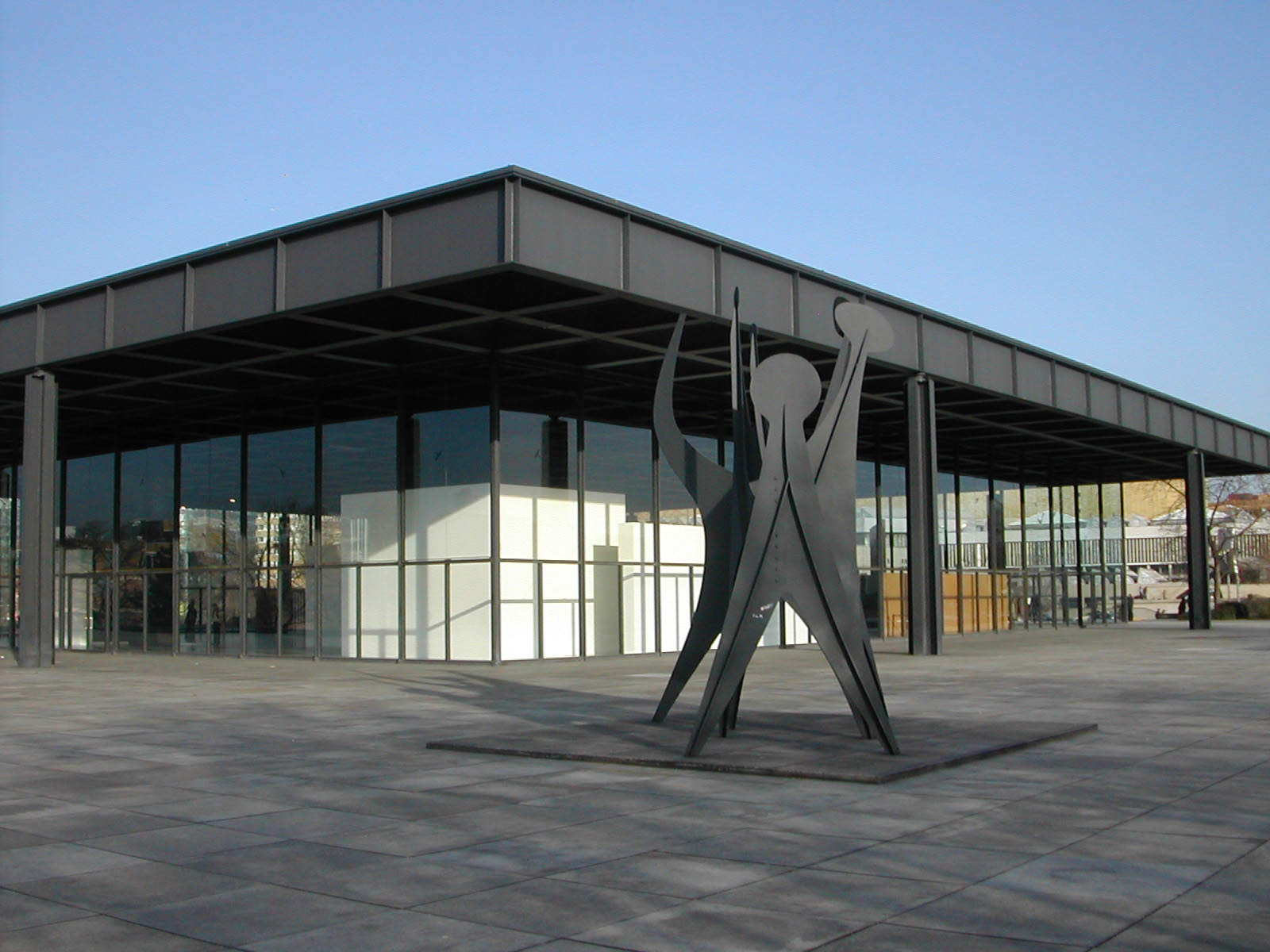 Technically the Neue Nationalgalerie is your go-to museum for the collection’s 20th century art, but then again, the Hamburgerbahnhof has stuff from that era as wel. I recommend to just visit allll of the museums Berlin has to offer.

Anyway, cool thing about the Neue Nationalgalerie is that it’s designed by German-American Bauhaus architect Mies van der Rohe, pioneer of modernist architecture. He was all about simplicity, fluid open spaces and called his work "skin and bones" architecture. If you look at the museum, it’s easy to see why. At first glance, it seems to be empty. Really, you can look right through the building! 1968 was a special year, the Neue Nationalgalerie opened its doors and that same year the band Kraftwerk was founded. If you've never heard of them, they're the whole (sole?) reason bands like Daft Punk exist today. Years later, right before the museum closed for renovation, the German electronic music pioneers kicked off their 2015 tour at the museum. The band collaborated with other artists to make 3-D videos that where projected inside the museum while the band performed their music. I'm pretty sure that must have been the coolest show EVER.

Here is what Wikipedia says about Neue Nationalgalerie

The Neue Nationalgalerie (New National Gallery) at the Kulturforum is a museum for modern art in Berlin, with its main focus on the early 20th century. It is part of the National Gallery of the Berlin State Museums. The museum building and its sculpture gardens were designed by Ludwig Mies van der Rohe and opened in 1968.

The gallery closed in 2015 for renovation. The work, by David Chipperfield Architects, was completed in 2021, and the museum reopened in August 2021 with an exhibition of works by American sculptor Alexander Calder.

Check out the full Wikipedia article about Neue Nationalgalerie