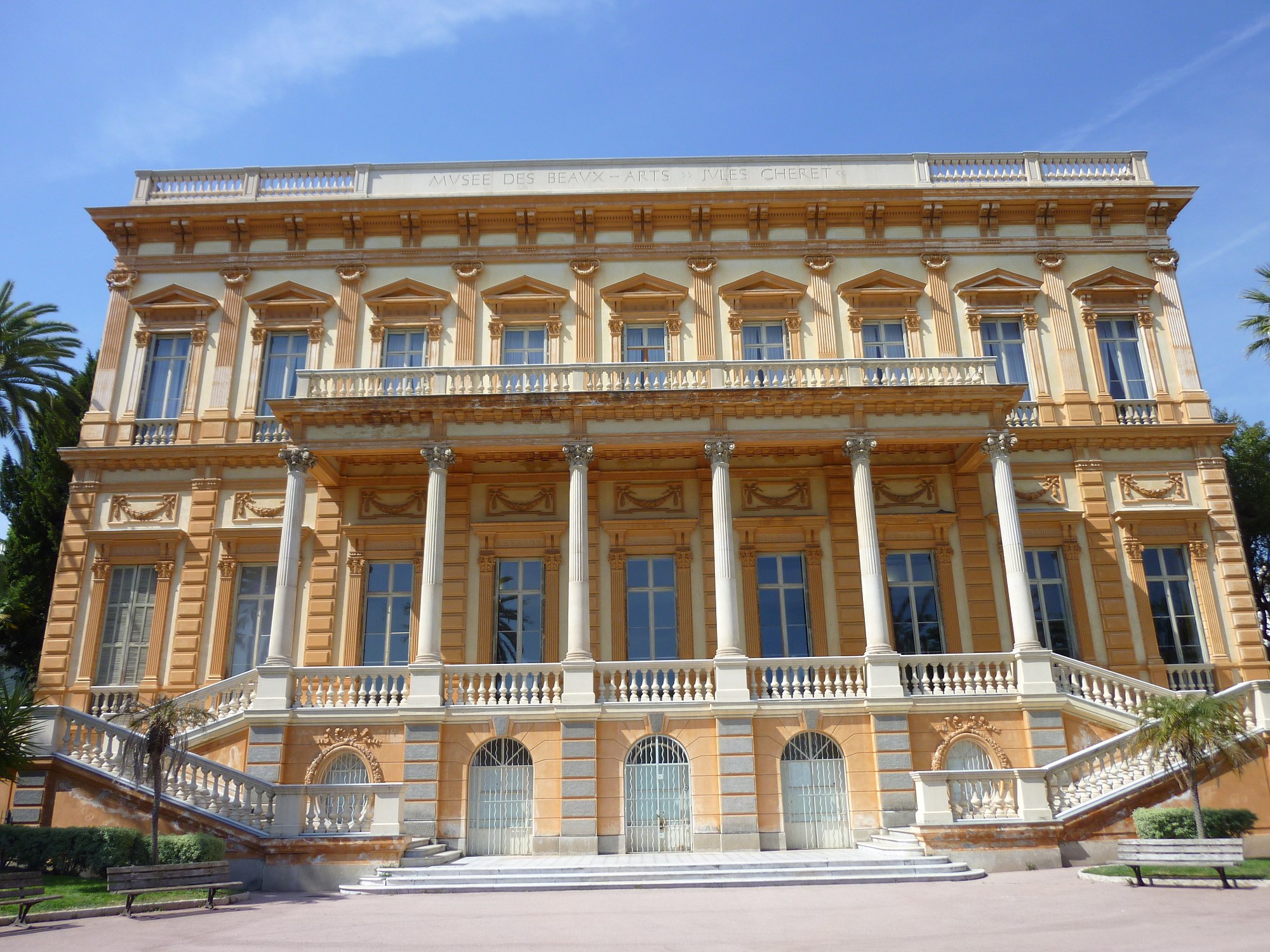 The Museum of Fine Arts Nice was a palace intended for a Ukranian princess, and is now home to an art collection spanning four centuries.

The princess, Elisabeth Kotchoubey, sold the building to an American businessman before construction was even complete. Some time after construction ended, said businessman sold the building to the city of Nice, where they envisioned it as the site of a new museum. The interior of the palace had to go through some serious home makeover work to be suited for a museum collection. One notable feature left untouched was an epic grand staircase from the original design.

The museum opened as the Jules Chéret Fine Arts Museum, named for the artist best known as the “father of the modern poster.” He spent his last years working in Nice around the time the museum opened in 1928. A collection of his paintings is prominently featured at the museum.

The museum is also home to a collection of ceramics by Pablo Picasso. Some of the museum’s most famous paintings such as The Lane of Poplars at Moret by Alfred Sisley and Cliffs near Dieppe by Claude Monet are so highly desired that they’ve been stolen...repeatedly! The Lane of Poplars at Moret was stolen in 1978 and recovered in the sewers of Marseilles. In 1998, both it and the Monet were swiped in a heist orchestrated by the museum’s curator. Both works were found a week later in a boat, and the curator was, obviously, fired.

The most recent robbery happened in 2007, when the Monet, Sisley, and two paintings by Jan Brueghel the Elder were snatched away at gunpoint in broad daylight. The robbers tried to take a second Sisley, but apparently the frame was too heavy for them so they dropped it and ran off with the rest. What followed was art crime espionage, the head of the Art Crimes division of the FBI, Robert K. Wittman, went undercover and retrieved all works. The thieves involved were sentenced and put away, though the leader, Bernard Ternus, didn’t go quietly. He tried arguing that Wittman had actually ordered the robbery, threatening him if he did not do it. Safe to say that defense did not serve him well, especially considering the meeting where he proposed this happened didn’t take place until after the robbery. There have been no security issues since at the museum in well over a decade.

The Musée des Beaux-Arts de Nice in Nice, France at 33 av. des Baumettes was built in the former private mansion built in 1878 by the Russian Princess, Elizaveta Vasilievna Kochubey. Named for the artist Jules Chéret who lived and worked in Nice during his final years, the museum opened as the "Palais des Arts Jules Chéret" on 7 January 1928.