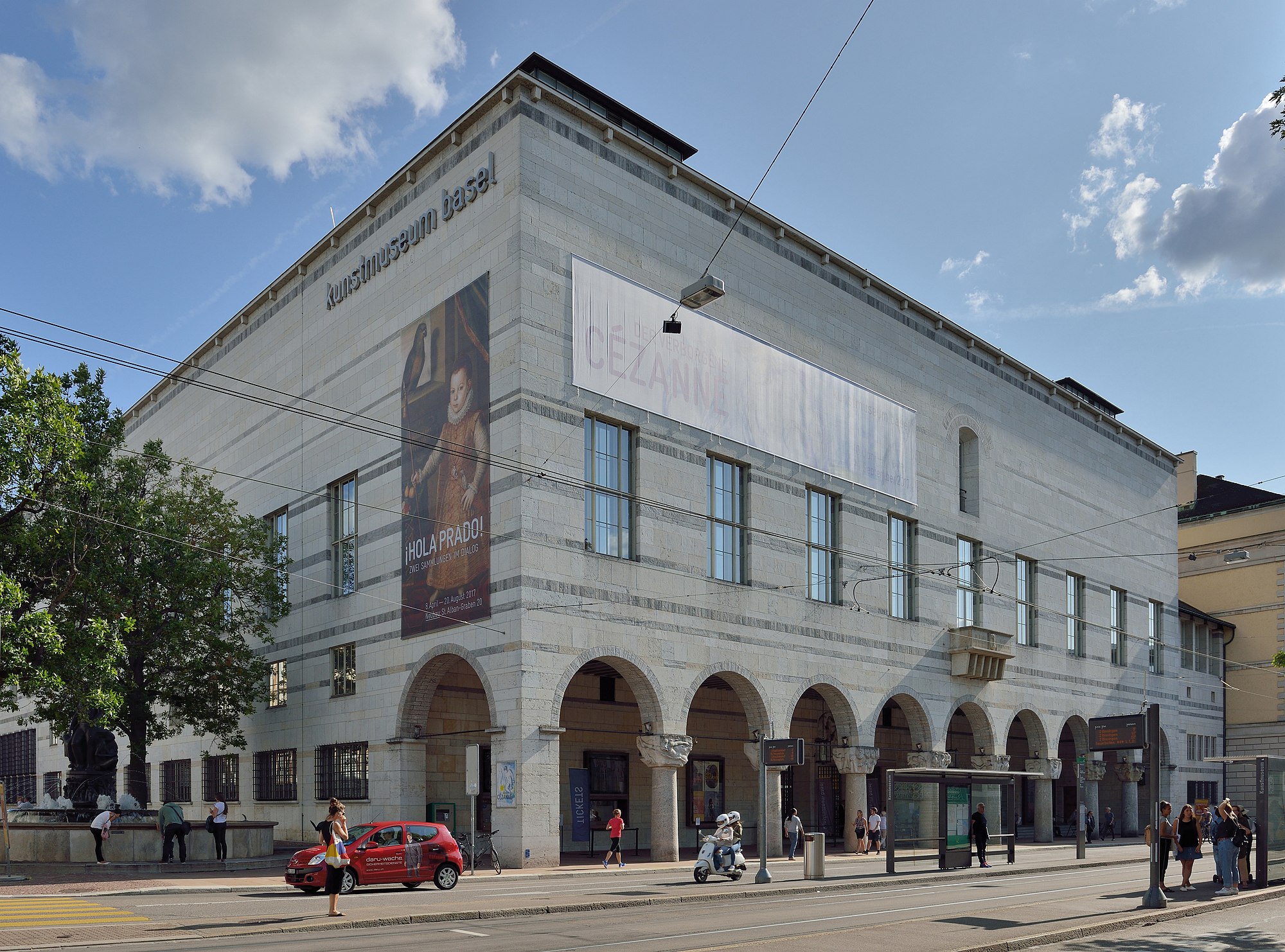 Here is what Wikipedia says about Kunstmuseum Basel

The Kunstmuseum Basel houses the oldest public art collection in the world and is generally considered to be the most important museum of art in Switzerland. It is listed as a heritage site of national significance.

Its lineage extends back to the Amerbach Cabinet, which included a collection of works by Hans Holbein purchased by the city of Basel and the University of Basel in 1661, which made it the first municipally owned and therefore open to the public museum in the world. Its collection is distinguished by an impressively wide historic span, from the early 15th century up to the immediate present. Its various areas of emphasis give it international standing as one of the most significant museums of its kind. These encompass: paintings and drawings by artists active in the Upper Rhine region between 1400 and 1600, and on the art of the 19th to 21st centuries.

Check out the full Wikipedia article about Kunstmuseum Basel