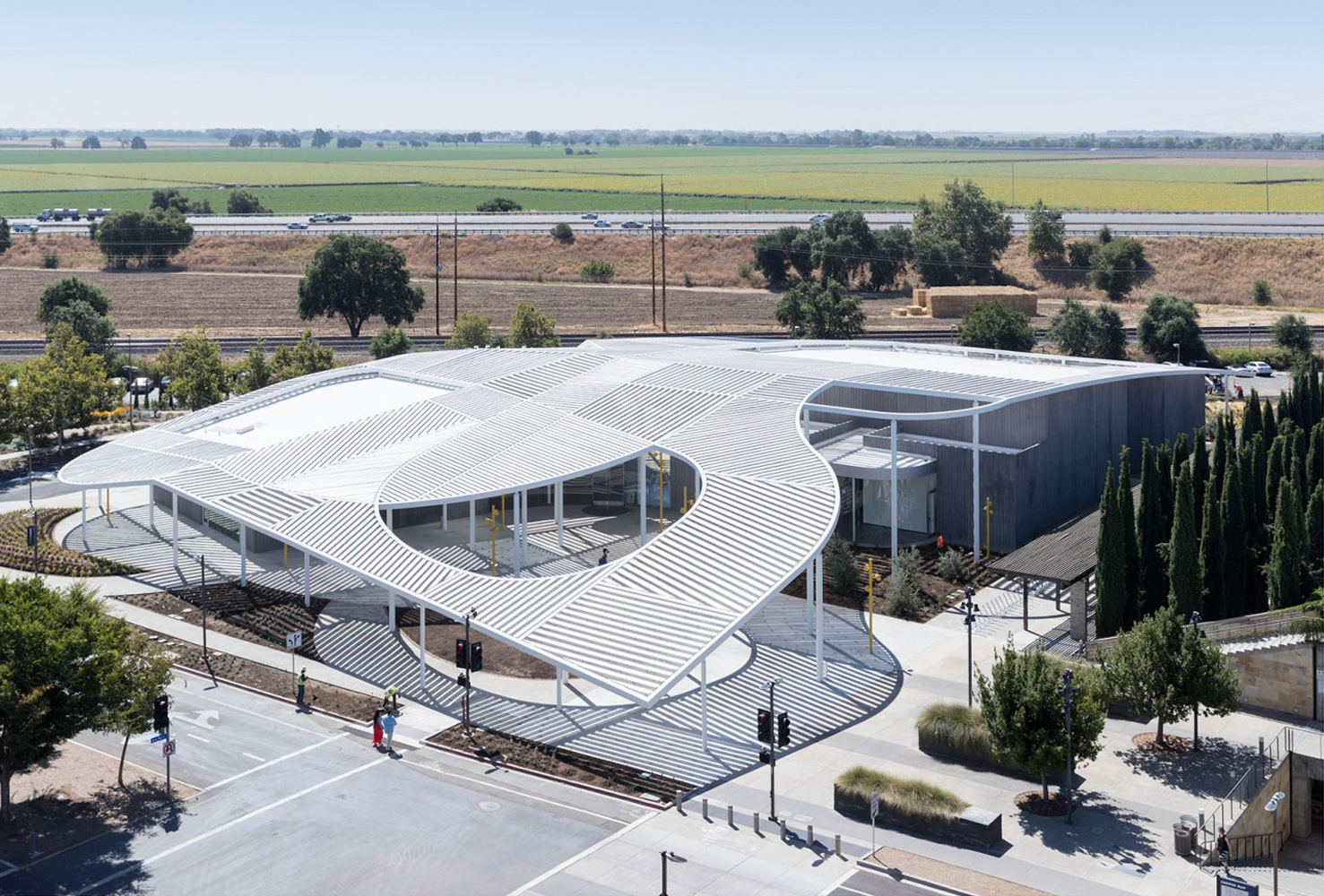 If you want to sound like a cool local, just call it The Shrem.

The Shrem is a brand spankin' new addition to the UC Davis campus, having opened to the public in November 2016. While the museum houses some primo pieces that celebrate Davis's unique artistic heritage (more on that below), the art's far from the only draw. The cutting edge building was designed explicitly to impress a 21st century audience expecting Bay Area-adjacent new construction to come with premium upgrades. For instance, there's a courtyard off the glassed-in lobby with a retractable roof, many of the exterior walls are optimized to pull double duty as screens for video projections, and there's free Wi-Fi throughout. The eco-conscious will further be thrilled to know that the Shrem is on its way to LEED certification, which is basically the Medal of Honor meets the Academy Awards of Earth-friendly design.

The nascent institution's collection largely pays respect to the university's first generation art faculty. From 1908 - 1959, Davis was the College of Agriculture for UC Berkeley (which was, for much of that period, the only campus in the UC system). After 1959, UC Davis became a campus in its own right and brought on Richard Nelson as founding chair of the school's art department. Nelson recruited an A Team of practicing artists whose cheeky approach to fine art attracted students and accolades from across the country. This first generation of teachers – including the likes of Wayne Thiebaud, William T. Wiley, Manuel Neri, and Roy De Forrest – forged an M.F.A. program which, today, is one of the most lauded artistic experimental communities in the world. They're basically the university faculty equivalent of the kids in The Mighty Ducks.

Here is what Wikipedia says about Manetti Shrem Museum of Art

The museum opened on November 13, 2016. According to the New York Times, the museum includes "trailblazing contributions by the school’s renowned art faculty, which contributed to innovations in conceptual, performance and video art in the 1960s and 70s".