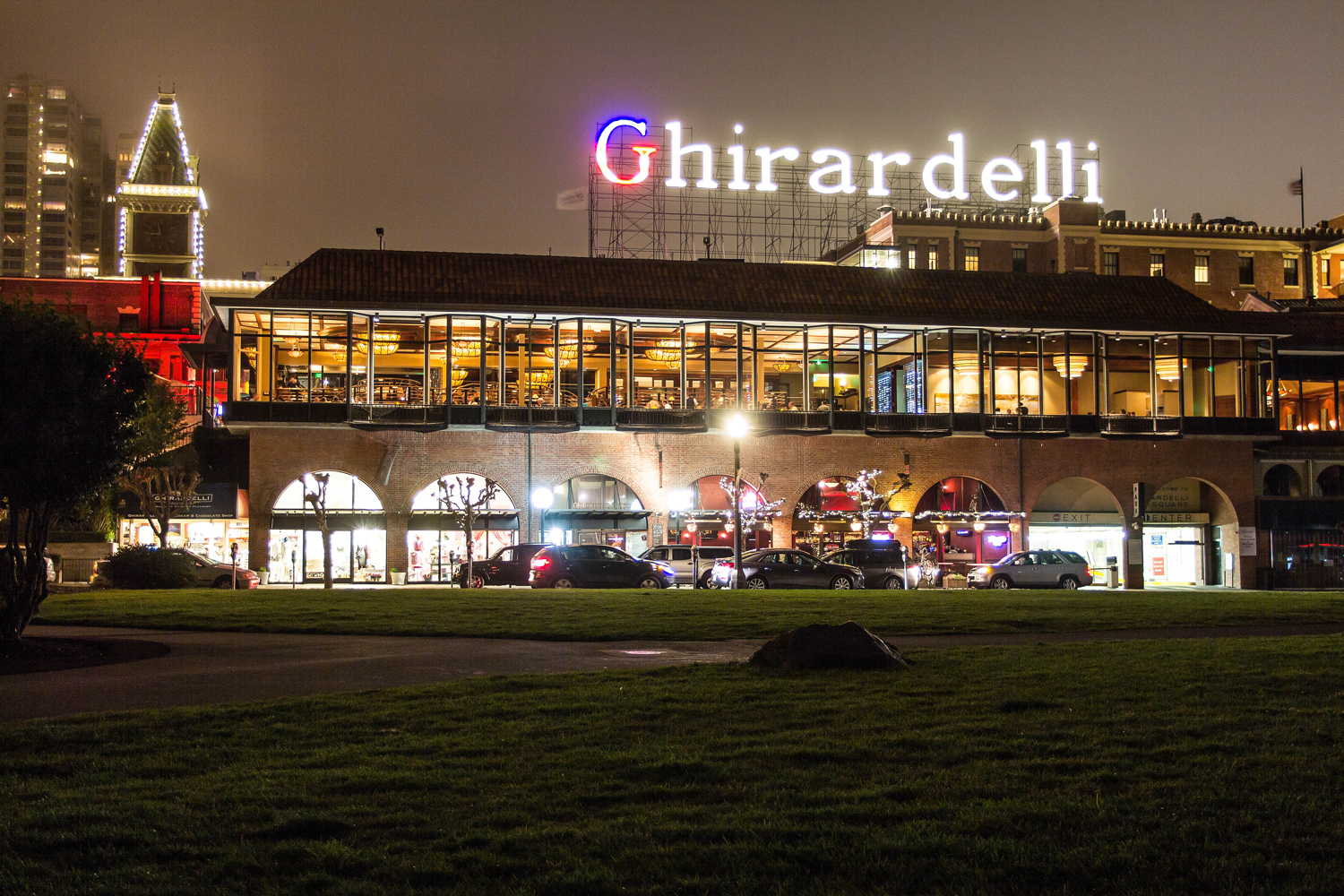 The entire city block was purchased in 1893 by Domingo Ghirardelli to build his chocolate factory. YUM. In 1965 it was declared an official city landmark and placed on the National Historic Register in 1982.

The large lighted Ghirardelli sign, measuring 25 feet high and 165 feet long, was erected in 1915. During World War II it was turned off for blackouts and remained off until 1964 when the square was reopened.

As a local all I can say is stay away unless you’re showing tourists around and they insist. If you are dragged there, get a free piece of chocolate inside the Ghirardelli shop or buy a yummy hot chocolate to warm you up on what is probably a foggy day.

Here is what Wikipedia says about Ghirardelli Square

Ghirardelli Square is a landmark public square with shops and restaurants and a 5-star hotel in the Marina area of San Francisco, California. A portion of the area was listed on the National Register of Historic Places in 1982 as Pioneer Woolen Mills and D. Ghirardelli Company.

Check out the full Wikipedia article about Ghirardelli Square