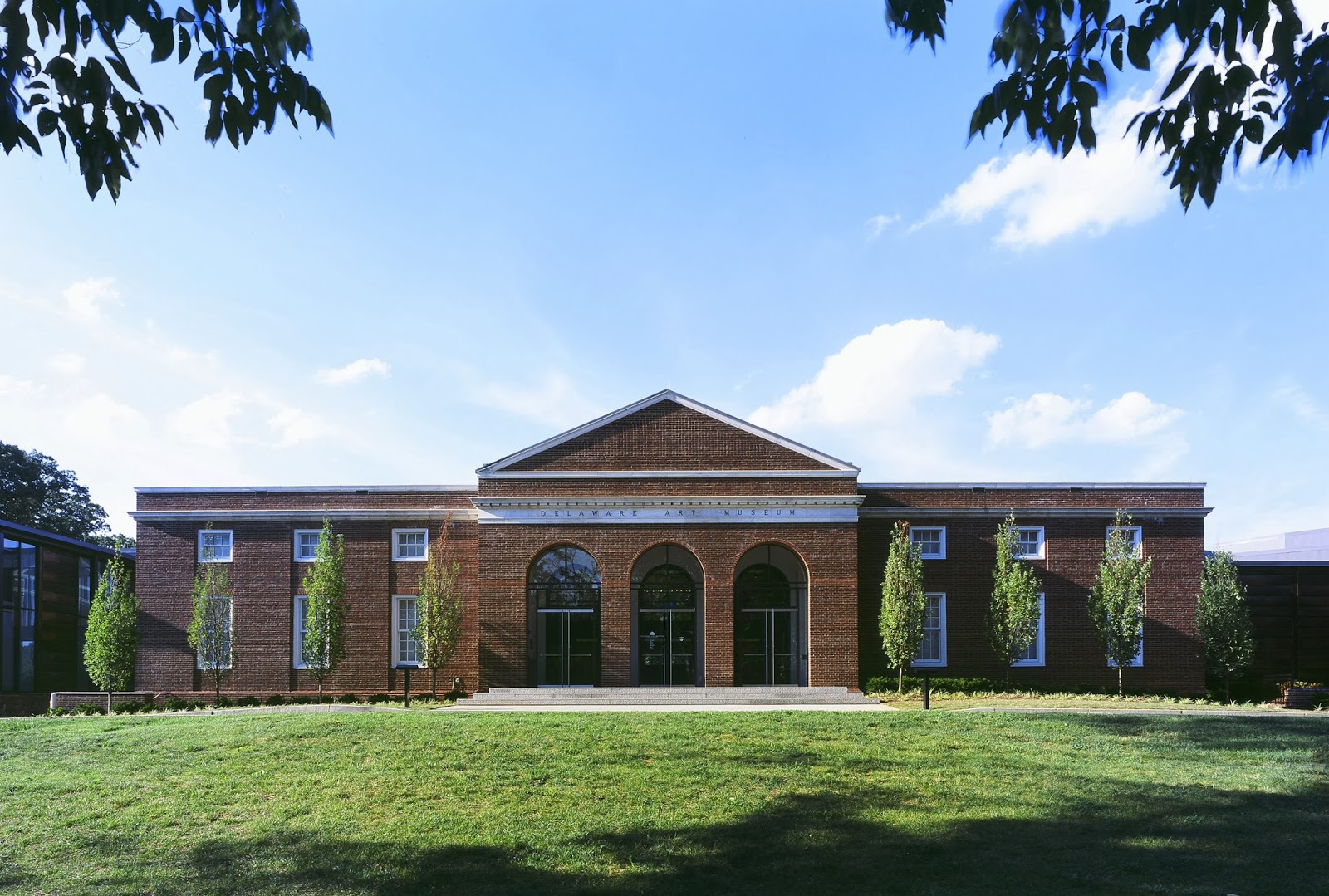 The Delaware Art Museum was founded as a tribute to the guy who invented the stereotypical pirate garb.

His name was Howard Pyle and he is the original illustrator of what was to become Johnny Depp’s Captain Jack Sparrow, for which we are forever grateful. This may have been reason enough to create a museum in his honor, but Howard Pyle was also the author of The Merry Adventures of Robin Hood and a prolific illustrator and teacher. He was so good that a contemporary of his, Vincent Van Gogh, said that his work “struck [him] dumb with admiration." He was so beloved in his community in Delaware that all of his students, friends, and family got together and decided that they had to do something for the man. So they created the Wilmington Society of the Fine Arts and got together enough money to buy a bunch of Pyle’s illustrations from his widow. This collection was built upon for years and years and included art from Delawarians, students of Pyle, and works of Old Masters, French Impressionists, American antiques, and Russian paintings. It was going well right up until it started going great.

In the 1930s, a wealthy American industrialist by the name of Samuel Bancroft decided that he was going to collect as many Pre-Raphaelite paintings and manuscripts as he could. This was very risque at the time because the Pre-Raphaelites were the bad boys of the art world. But collect he did and after he died, his family donated his entire collection along with 11 acres of land to the Wilmington Society of Fine Arts. So strangely enough, the largest collection of Pre-Raphaelite work outside of the UK is in Wilmington, Delaware. $350,000 was raised during the height of the Great Depression in order to build the museum and create an endowment fund. In 1938, they changed their name from the Wilmington Society of Fine Arts to something a little catchier – the Delaware Art Center. Later they would go for “Museum” instead of “Center,” which in my humble opinion is even catchier.

Another donor to the museum was Helen Farr Sloan, the widow of American Ashcan School artist, John Sloan. Helen was so impressed by the museum when she visited in 1960, that when her husband died, she donated over 5,000 of his works to the museum. So now on top of being a preeminent establishment for the work of Howard Pyle and the Pre-Raphaelites, it is also the largest collection of works by John Sloan. Go Delaware!

The museum continued to expand and got in a little over its head. After the museum doubled its physical size in 2005 for $32.5 million, they thought they would be able to pay back their loans by 2037. That was until the 2008 financial crisis. The museum defaulted on their loans and was forced to sell four paintings by artists such as Winslow Homer, William Holman Hunt, and Andrew Wyeth. Unfortunately, the sale of these works have complicated the museum’s prospects further. It is no longer “an accredited institution, which complicates its ability to receive loans from other museums.” It also received absurd amounts of backlash for the sales. “The Association of American Museum Directors (AAMD) warned Delaware that selling artworks for purposes other than acquiring new pieces for the collection was a “serious violation” of its code of ethics and professional standards.” At the end of the day, the museum paid off its debt and cushioned their endowment, but still must work their way back into the hearts of the AAMD.

Here is what Wikipedia says about Delaware Art Museum

The Delaware Art Museum is an art museum located on the Kentmere Parkway in Wilmington, Delaware, which holds a collection of more than 12,000 objects. The museum was founded in 1912 as the Wilmington Society of the Fine Arts in honor of the artist Howard Pyle. The collection focuses on American art and illustration from the 19th to the 21st century, and on the English Pre-Raphaelite Brotherhood movement of the mid-19th century.

The museum building was expanded and renovated in 2005 and includes a 9-acre (36,000 m2) Sculpture Park, the Helen Farr Sloan Library and Archives, studio art classes, a children's learning area, as well as a cafe and museum store.

Check out the full Wikipedia article about Delaware Art Museum

I really enjoy reading and also appreciate your work.

I love visiting this museum! Having picnics in the park is one of my favorite date activities!

Delaware is one of the best museums in the world. This museum is the dream of almost every art student who has done his undergraduate.