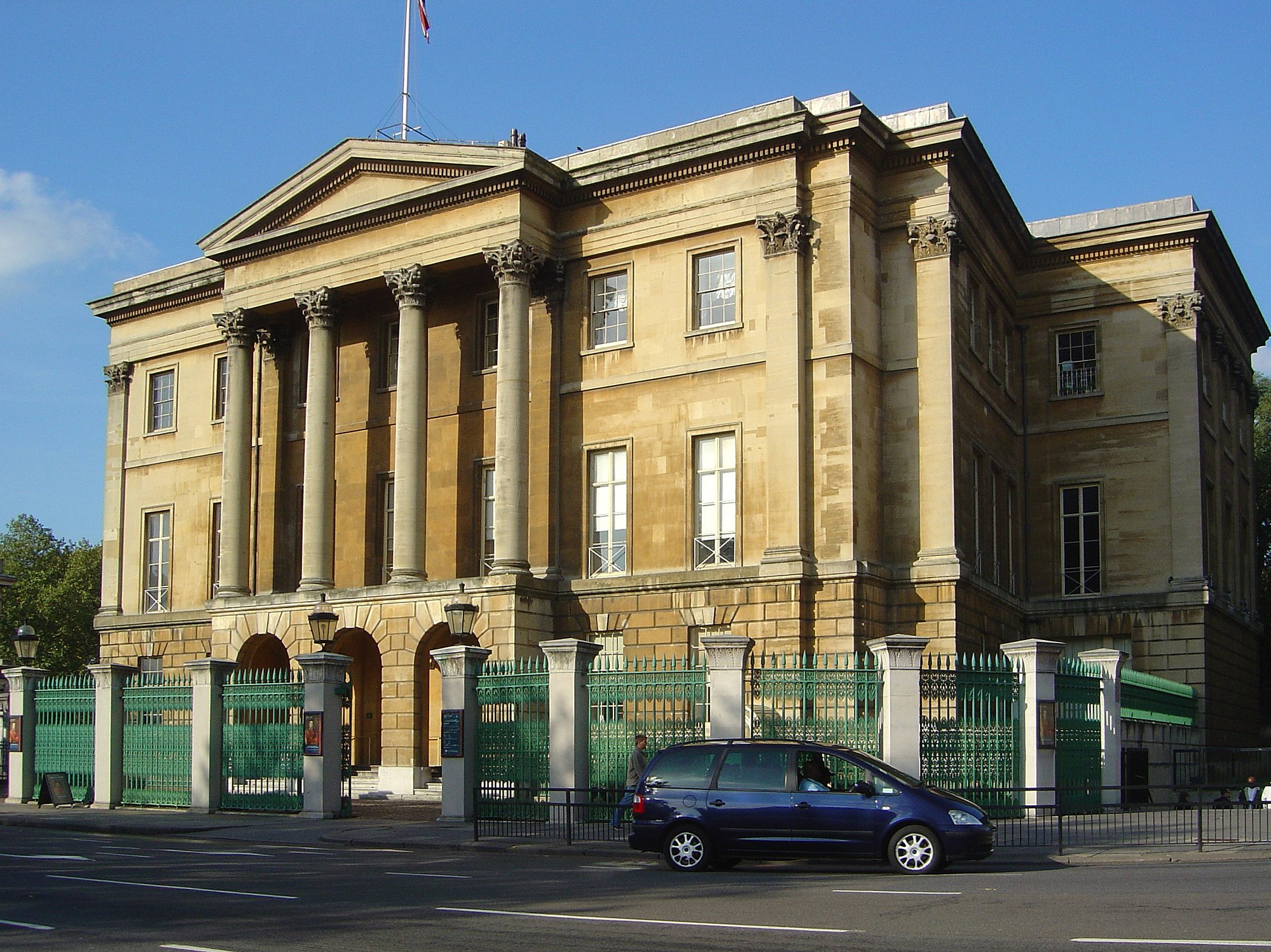 Apsley House is home to a family of very important kinky Brits, and one colossal joke at Napoleon's expense.

It is built on the site of what was once the Hercules Pillars tavern, immortalized in The History of Tom Jones, a Foundling, one of the first English novels ever written.  The novel chronicles the sexual adventures of the titular Tom, appropriate considering the rampant bed-hopping by residents of Apsley House.

Originally built in the 1770s by Lord Chancellor Apsley, its most famous residents are the Wellingtons, who still live in the north wing.  Richard Wellesley bought the house in 1807, the same Richard Wellesley who fathered numerous bastards with Hyacinthe Gabrielle Roland, spawning a family line that led to the current Queen Elizabeth II.  When he fell on hard times, Richard sold the house to his big shot brother Arthur, 1st Duke of Wellington.

Wellington is best known as the guy who tore Napoleon a new one at Waterloo, and sent him into exile on Saint Helena.  Wellington’s long-suffering fiancee Kitty waited ten years for him to return from war, and on seeing her again he proclaimed, “She has grown ugly, by Jove!”  All romance that Wellington!  He married her anyway, but preferred to sheath his sword elsewhere, banging pretty much any woman he could get his hands on, including two of Napoleon’s mistresses.

George Wellesley, 7th Duke of Wellington donated the house and collection to the British Nation in 1947, on the condition that the Wellingtons could continue to live there as long as there’s a male heir.  George did his lusty ancestors proud with his voracious sexual appetite, though his tastes leaned toward men rather than women.  His wife, author Dorothy Violet Wellesley, responded in turn by abandoning her family for her lesbian lover Vita Sackville-West. Vita was a fellow writer, who also had an affair with Virginia Woolf, and was the inspiration for her transgender character Orlando (portrayed on screen by Tilda Swinton).  Before marrying Dorothy, George had been engaged to one of Vita’s other lovers, socialite Violet Trefusis.  After Dorothy’s death, George proposed to her sister, putting the cherry on top of this bisexual, semi-incestuous love hexagon.  Next week, on “Desperate Wellingtons”...

Highlights of the gallery include 83 paintings from the Royal Spanish Collection, including works by Velazquez and Goya.  The 1st Duke of Wellington plundered these from Napoleon’s brother following a battle in Spain, called “the biggest loot in history.”  Wellington tried to give them back to the Spanish Government, but Spain was like “Eh, you saved our country from Napoleon...keep it, amigo.”

Another highlight is the 11-foot statue of Napoleon as Mars The Peacemaker.  The irony of Napoleon’s idea of “peacemaking” was probably not lost on Wellington, and the British Government gave it to him as a present after Waterloo.  Wellington prominently displayed it a stairwell, where it still stands today.  To add insult to injury, Apsley House holds a state dinner every year to celebrate Wellington’s victory over Napoleon.

How to get revenge, Wellington style:

Here is what Wikipedia says about Apsley House

Apsley House is the London townhouse of the Dukes of Wellington. It stands alone at Hyde Park Corner, on the south-east corner of Hyde Park, facing south towards the busy traffic roundabout in the centre of which stands the Wellington Arch. It is a Grade I listed building.

It is sometimes referred to as the Wellington Museum, its official designation under a 1947 Act of Parliament. The house is now run by English Heritage and is open to the public as a museum and art gallery, exhibiting the Wellington Collection, a large collection of paintings, other artworks and memorabilia of the career of the 1st Duke. The 9th Duke of Wellington retains the use of part of the buildings. It is perhaps the only preserved example of an English aristocratic townhouse from its period. The practice has been to maintain the rooms as far as possible in the original style and decor.

Check out the full Wikipedia article about Apsley House