Skip to main content
Artworks
Three Studies for a Crucifixion

More about Three Studies for a Crucifixion 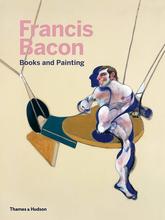 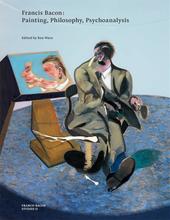 1944 was not a good year. These were dark times, indeed, during what seemed to be the very grim high point of World War II. If you look up a timeline of 1944, it looks like every day of every month was a bombing or a battle in some country or another. Hence the name: World War II.  And of course, who other than Francis Bacon could depict the abnormal amounts of senseless destruction from this war so acutely?

He’s got the meatiest surname in the art world, and his paintings aren’t exactly vegan-friendly either. In fact, they can even make hard-core carnivores like myself grimace distastefully at the sight of a steak. Bacon’s Three Studies for a Crucifixion were made in 1944, which was officially one of the worst years on earth, it seems. They were followed by other triptychs based on the theme of crucifixion with the same characteristic Baconian carcasses/humanoid animals. But this triptych, in my humble opinion, is the goriest and the realest of them all. Partly because the bodies in this one are closest to actual human beings and they’re beyond vulnerable in canvas 2 and 3. The canvases seem to show a progression of the human body going from upright and alive, to a weird clinical mutilation, all the way to butchered and splayed.

Yep, it’s not a pretty picture. It’s extremely dehumanizing and reduces the human body to flesh in a meat market. Which is what the destruction of war was essentially doing i.e. treating humans like cattle in a slaughterhouse. And Bacon likes to use the symbol of crucifixion to expound on this theme of brutality. According to Gilles Deleuze (a really smart guy whose words are dense as a brick sometimes), Francis Bacon was “only a religious painter in butcher shops.” It also explains why he likes to use triptychs for his meaty works. That manner of divvying up the canvases is also very much in keeping with the Christian painting tradition. Something about a triptych adds to the story-like theme. Though this one is hardly for the Disney archives.

Bacon himself said on the subject of such paintings: “I’ve always been very moved by pictures of slaughterhouses and meat, and to me they belong very much to the whole thing of Crucifixion. Of course we are meat, we are potential carcasses. If I go into a butcher shop I always think it’s surprising that I wasn’t there instead of the animal.” …Ok, Francis. Have to say though, I’m kinda glad people never had the option of frying up a few rashers of you.

Here is what Wikipedia says about Three Studies for a Crucifixion

Three Studies for a Crucifixion is a 1962 triptych oil painting by Francis Bacon. It was completed in March 1962 and comprises three separate canvases, each measuring 198.1 by 144.8 centimetres (6 ft 6.0 in × 4 ft 9.0 in). The work is held by the Solomon R. Guggenheim Museum in New York.

Bacon produced a number of works inspired by the Crucifixion since his early paintings Crucifixion and Crucifixion with Skull (both 1933). His Wound for a Crucifixion (also 1933) was exhibited in Bacon's first solo exhibition in February 1934, but it was destroyed by Bacon after negative reviews. His artistic reputation was grounded on his first large triptych, the 1944 masterpiece Three Studies for Figures at the Base of a Crucifixion, and he created his Fragment of a Crucifixion in 1950. He returned to the triptych format in 1962, with this painting, which is today seen as a marking point between his early and mature periods. He returned to the crucifixion two further times, with the Crucifixion in 1965, and the 1988 Second Version of Triptych 1944, a reworking of Three Studies for Figures at the Base of a Crucifixion. In Bacon's art, the crucifixion does not just refer to the death of Christ, but also to any image of corporeal suffering, pain, and mortification.

This work was created over a period of about two weeks, in preparation for his first retrospective at the Tate Gallery in London in 1962. Bacon created each canvas separately and then working on them as a group, often while very drunk or hungover. He later commented: "it's one of the only pictures that I've been able to do under drink. I think perhaps the drink helped me to be a bit freer". The work was one of 91 shown at the Tate that year, about half of Bacon's output at that time. It arrived at the gallery with the paint still wet.

Three Studies for a Crucifixion is mentioned on our blog -