Skip to main content
Artworks
The Harbor at L'Orient

More about The Harbor at L'Orient 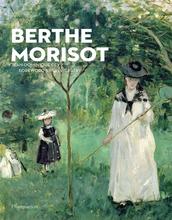 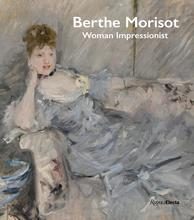 The lady in the painting is Morisot's sister, Edma Pontillon. Both sisters had a penchant for the arts, and lucky for them (and us), their parents was supportive. Didn't hurt that quality art runs in the family. Their grandfather was Jean-Honoré Fragonard, a Rococo master who made it big as an independent artist getting that mad patron money for cabinet pictures. Despite the sisters' heritage, it was more likely back then that their dad would have nixed any serious art instruction and, instead, instructed them who to marry and when.

While Berthe kept in the art game and went on to sizeable fame, Edma, in fact, married and moved away. Settling down with a navy man in the Atlantic port of L'Orient. This painting was executed while Berthe was visiting her sister. There was a slight pall cast over their relationship after Edma gave up serious art life for a man, and this painting seems to be turning sister Edma's new digs on her to remind her what freedom looks like.

Morisot painted often on her trip to visit Edma, but this was one of her favorites. Berthe wasn't sure, though, what her friends would think about it. It's not like she's talking about any old mouth breathers, though. Those friends are the Impressionists. She thought they were going to say this sucked, and she was all bashful and reticent to even show it off. Manet took one look at it, however, and proclaimed it her best work. The painting showed in the first impressionist show in Paris, and can represent Morisot's official break up with the French art establishment and transformation into une impressionist extraordinaire. She was so happy that Manet took a liking to L'Orient that she gave it to him. He kept it for the rest of his life.