More about The Bezique Game 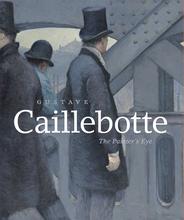 Ahh, a moment of homosocial bliss in an otherwise unruly group of friends. This scene of upper-middle class men is more realistic than the work of Caillebotte’s impressionist friends, some of whom are probably portrayed in this painting. Caillebotte painted The Bezique Game in 1881 when he was involved with organizing various exhibitions in Paris that featured the work of his friends (the Impressionists), and himself. Caillebotte liked being a part of the exhibitions throughout the 1880s, but he was exhausted by the fickle artists, in particular Degas.

The years 1880-1882 are sometimes called the “crisis of impressionism”, which is shown by the shady comments in letters between Pissarro and Caillebotte. In one letter, Caillebotte expressed his worries about Degas’ participation in the exhibition and accused him of introducing second rate cronies into the show. Yikes. In other exhibitions, Caillebotte remedied the situation by dedicating certain rooms to certain artists, like a mother that has to resort to physically separating her naughty children. Although The Bezique Game represents a seemingly innocent daily scene, Caillebotte’s friendships with the Impressionists were on the rocks every time a Paris exhibition came around. Nevertheless, he kept his relationship with his buddy Monet especially chummy: like the good caretaker he was, he paid the rent for Monet’s studio for many months.

Caillebotte didn’t need to rely on painting for his livelihood because of the inheritance from his extremely wealthy parents, so when he got discouraged by the Impressionist drama in the 1880s, he painted less and less frequently. Even so, he maintained his ties to the community of art and to Paris, even contributing to public works and improvements in the city of Paris out of his own pocket. In the years before he died (at the young age of 45) he lived in a house with a woman who he was not married to and two sailors, leading to some inquiries into his sexual orientation and habits. In line with his characteristically generous personality, before he died he donated the bulk of his works to the state, only to find out that they were refused. Like many artists whose work is not recognized until decades after their life, Caillebotte’s work only gained widespread recognition in the 1960s. Now the tables have finally turned; Caillebotte the “organizer of the exhibitions," a mere friend of the great Impressionists, now makes up the largest portion of works in the Musee d'Orsay.

Crazy how many paintings the UAE is snatching up!

I have always loved Caillebotte's work, but this seems so unpolished compared to say Paris Street, Rainy Day.

I wonder who was the card shark!

Hi guys, can I join?

A 19th-century card game is taken out for the entertainment of the individuals!