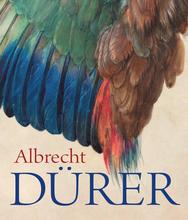 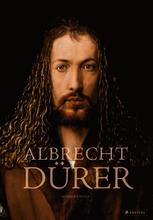 Albrecht Dürer’s Haller Madonna was likely kept in a drawer and not hung, and it’s not because of the ugly baby Jesus.

It’s because the Haller Madonna was probably intended for private, devotional use. Not quite pocket-sized at about a foot tall, the painting was thought to have been kept in a cupboard by its original owner, a member of the wealthy Haller family of Germany who commissioned the piece (their family crest is being carried into the frame by what appears to be a poor leprechaun in the bottom right corner). Word is still out if the painting was a wedding gift given by Wolf III Haller to his then fiance Ursula Koberger, or a gift to the family of mice that were in residency at the Haller estate.

Dürer painted The Haller Madonna shortly after his first trip to Venice, and it shows just how good of a student he was under the Italian Renaissance masters. In fact, his impression was so convincing that the painting once sold as a Giovanni Bellini, a Venetian master of the Italian renaissance, at a fine art auction. It’s an early example from Dürer that foreshadows his success in the German Renaissance movement.

The Madonna here is painted from the waist up, the style typical of the renaissance, and a style that is noted for emphasizing symbolism. Here, we have an apple in baby Jesus’s hands representing the original sin, or knowledge. The vivid red drapes and crimson tassels of the pillow refer to the blood of Jesus’s Passion. The open window shows people on horseback and a thick forest where the Madonna would probably rather be. That castle looks stuffy.

What is perhaps most striking for our modern eyes is not the odious man-child standing in for Jesus, but that the baby Jesus is flipping the viewer off. Dang Jesus, if only Dürer had painted your actual cheeks as cheeky as your attitude. It turns out, however, that little Jesus is doing us a favor. He’s offering us a benediction. In antiquity, the middle finger was seen as a sign that could ward off evil. Nice guy, Jesus. This demonstrates Dürer’s particular fondness for artistic traditions that stem from the Greek and Roman worlds of art.

On the reverse of the canvas is another religious painting by Dürer. It’s a decidedly more loose scene of Lot and his daughters escaping Sodom and Gomorrah as the angels condemn the cities to fire and brimstone. Paint strokes are visible and the background isn’t well defined. Dürer himself distinguished between what he called fine painting and typical painting, and charged different prices for them. Perhaps the Haller Madonna stands as a testament to Dürer’s thoughts on the the benefits of doing both. Dürer – ever the businessman.

Here is what Wikipedia says about Haller Madonna

The Haller Madonna is an oil painting by Albrecht Dürer, dating to between 1496 and 1499. It is now in the National Gallery of Art, Washington, DC. The reverse also contains a full Dürer painting, entitled Lot and His Daughters.

Check out the full Wikipedia article about Haller Madonna