Skip to main content
Artworks
Girl with a Kitten

More about Girl with a Kitten 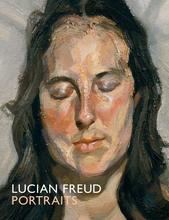 Before Kitty Garman bared a boob for Girl with a White Dog, she sat for this painting with a whole other species.

And both these kitties don’t look anywhere as relaxed as the later Kitty with her faithful hound.

It’s true that Girl with a Kitten is a way more disconcerting image compared to the later portrait. Kitty was Lucian Freud’s very first wife (in a string of many women to come), and she and Lucian had a very strained relationship that lasted four years, two daughters and four portraits long. And this portrait is perhaps the most telling of their weird, tense marriage.

There’s something psychologically disturbing about this painting, and it’s not just because of the way both sitters' bulging eyes stare unblinkingly out of the canvas. It’s the way that Kitty clutches the feline’s throat, almost choking the poor thing. Like a grip of strangling love, if I may wax poetic. This throttling hold once more leads us to think about the couple’s troubled marriage, where Lucian’s intense love for Kitty may have been almost smothering. Loosen that grip, Lucian! Another freaky thing about the picture worth noting is the way the strands of Kitty’s frizzy hair stand on end. It might have been just a shrewd observation on Freud’s part but that nervous state of her hair contrasting with the placid look on her face makes the whole painting scream silently!

And speaking of observation, Freud may have gotten way too close for comfort while painting this image: “I would sit very close and stare. It could be uncomfortable for both of us.” Well, at least it was uncomfortable for both of them! Getting up close and personal remained Freud’s thing for his years to come as a painter, and perhaps this close proximity to the sitter explains why Kitty is dominating practically the entire canvas, with very little breathing room around her. You may also think that this is why her still, grey eyes are so magnified, but Kitty’s eyes actually were this big. Either way, looking at this painting is like watching a nervous breakdown just waiting to happen. Keep that Xanax on standby, Kitty.