Skip to main content
Artworks
In Luxury, Look Out

More about In Luxury, Look Out 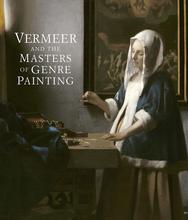 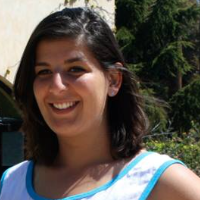 Jan Steen is known for depicting chaotic households, which is unsurprising when you consider that his parents owned and operated a brewery.

In fact, this kind of scene is known as a “Jan Steen Household” (but I like to call it a “Steen Scene” because rhyming is fun).  Steen also liked to paint himself and his family into these scenarios, like he’s saying “Ha ha, look at how ridiculous we are! But seriously please don’t be like us.”

This painting in particular, much like the painting Netherlandish Proverbs by Pieter Bruegal the Elder, depicts Dutch idioms.  The proverbs that Steen chooses to use are all warnings. Though, despite the title, I can’t find the one showing “mo’ money mo’ problems”.  Alongside the obvious images of wastefulness and bad parenting, there are also literal depictions of idioms about wastefulness and bad parenting.  For example, there is a Dutch saying that goes “the pig runs off with the tap,” which means that people are drinking recklessly.  The rose in front of the pig is a remnant of another saying, “throwing roses before the swine,” which is a euphemism for wastefulness.

It seems like Steen is trying to cover all of his bases, so no matter how a person chooses to interpret his art, they’ll get the message to tidy up once in a while, make a budget, and for God’s sake call your mother.

Lots of stuff hapening that should not be happening in a well ordered household. Mr. Carson would NOT approve.

1) Pigs eating stuff off the floor.

4) Another child in high chair about to choke on expensive looking string of pearls.

5) Wife asleep. Maid getting master drunk and touching his leg while showing too much cleavage

The violin player in the background may be Jan Steen himself.

Here is what Wikipedia says about Beware of Luxury

Beware of Luxury is a 1663 oil painting by the Dutch painter Jan Steen, now in the Kunsthistorisches Museum in Vienna.

The painting depicts a disorderly household given up to licentious or improper behaviour. In this context the word luxury in the title implies excess or self-indulgence. The individuals, mostly up to no good, are assembled in the composition in a roughly triangular formation fronted by the obviously loose-living young woman smiling flirtatiously at the viewer.

The canvas is a humorous illustration of a Dutch saying of those more ascetic times - ""In weelde siet toe..." - which in full loosely translates as "In good times beware the consequences". In this case the lady of the house has fallen asleep, allowing the other members of the family to take full advantage. Her husband in the foreground is carrying on a dalliance with the provocative young woman, who is holding a glass of wine between his legs. He is himself laughing off the admonitions of a nun or beguine. A younger child is helping herself to something from a cabinet and her young brother is trying out a pipe. The youngest child is playing with a string of pearls, the eldest son is playing a violin, the dog is on the table finishing off the meal and a pig has wandered into the room.

Warnings of the consequences include the Quaker with a duck on his shoulder reading out pious texts and a basket of instruments of punishment hanging from the ceiling. The moral of the picture is clear - sinners guilty of the deadly sin of lust (an uncontrolled desire for earthly pleasure) must expect some penalty.

Some of the themes of the painting are also to be found in Steen's humorous but moralizing painting The Effects of Intemperance.

Check out the full Wikipedia article about Beware of Luxury