The Pre-Raphaelites from Rossetti to Ruskin edited by Dinah Roe 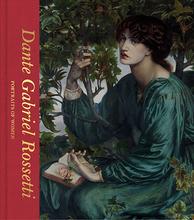 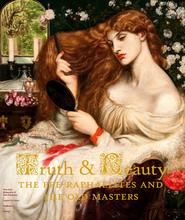 Truth and Beauty: the Pre-Raphaelites and the Old Masters by Melissa E. Buron

Dante Gabriel Rossetti’s Beata Beatrix is a scene from his namesake, Dante Alighieri’s 13th-century poem called La Vita Nuova but is also a tribute to his late wife and muse, Elizabeth Siddal.

In Alighieri’s poem, he recounts the love he has for Beatrice from the time that they meet when he is nine and she is eight years old, all the way to her death . He wrote it in an attempt to write the greatest love poem the world had ever seen and it wasn’t bad. But as odes to lost loves go, this painting might be even better than the poem that inspired it.

Rossetti made this painting after the death of his wife and model Elizabeth Siddal. He was heartbroken by the fact that she committed suicide via opium overdose (she became addicted after having a miscarriage) and made an effort to heal himself by painting. The painting is chock-full of symbolic references. First, the dove is an illusion to Rossetti’s nickname for his wife, “The Dove.” Then there’s the flower in the dove’s beak – a poppy, which is a symbol of laudanum, which is basically opium concentrate - the substance that killed Siddal. Behind her is the Ponte Vecchio, where Dante Alighieri’s poem took place, and a sundial that shadows the number nine. This is the age when Dante met Beatrice and also the day and hour of Siddal’s death. To the upper left is a personification of Love and to the right Dante, who doubles as a representation of Rossetti himself. When it comes to packing symbols into one small painting, Rossetti is nothing if not efficient.

This painting, which was commissioned by William Graham, is not the only of its kind. There are copies out in the world, namely the one at the Tate, but this is the only one with a predella, the little baby painting underneath the big painting that shows Dante and Beatrice reuniting in paradise. As the Art Institute Of Chicago suggests, “With this addition, Rossetti provides the medieval love story with a happy conclusion, perhaps suggesting that he, too, had begun to come to terms with his own profound grief.”