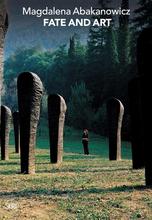 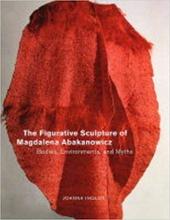 The Figurative Sculpture of Magdalena Abakanowicz by Joanna Inglot

In case you’re traipsing through Chicago’s Grant Park one day and chance upon a tall, dark stranger…or about 106 of them, fear not! It’s only art.

Magdalena Abakanowicz set a group of headless and armless sculptures forever wandering through the greens of Grant Park and called it Agora. These guys each stand about 9 feet tall and their cast-iron bodies are wrinkled and shriveled like some gnarly tree bark…or the back of my great aunt’s hands (refer to Saher’s family photo albums).

Agora refers to an urban meeting place; hence the trail of desiccated and decapitated bodies that seem to swarm in and out of this common space. Their movement is clearly unaffected by their headless-ness as their bodies seem governed by something outside of vision, sound or smell. Like how I feel before my first cup of coffee. But really, they kinda looked like walking souls to me – otherworldly but also rooted to the earth itself by means of their seemingly organic material and tall legs that conjoin them with the ground.

Abakanowicz suffered from a fear of crowds and grew up in the overbearing communist government of World War II in Poland, so this work must be a manifestation of her phobia and repression. Though birthed from the loins of negativity, lots of people viewed the bright side of the work. They saw it as a contemplative, communal art piece enhanced by the fact you could walk right through it. Of course, there were plenty who didn’t meet it with the same cheery outlook, but what can you do? Haters gonna hate.

Though almost uniform in appearance, Abakanowicz claims that each figure was modeled individually by hand, by herself and her three assistants. The group of bodies was cast in an industrial foundry in a place called Srem in Poland, between 2004 and 2006. Chicago boasts a large community of Polish Americans, which is why the city was keen to house a work by Abakanowicz. So by 2006, donors like the late great Robin Williams contributed large sums of money to have the work shipped over from Poland. Gotta love comedians who love art!

Here is what Wikipedia says about Agora (sculpture)

Agora is an installation of 106 headless and armless iron sculptures at the south end of Grant Park in Chicago. Designed by Polish artist Magdalena Abakanowicz, they were made in a foundry near Poznań between 2004 and 2006. In 2006, the Chicago Park District brought the work to Chicago as a permanent loan from the Polish Ministry of Culture. Similar installations have been constructed throughout the world, but Agora is among the largest.

Check out the full Wikipedia article about Agora (sculpture)

These sculptors are interesting. I think it is a great representation of our society as a whole today. We walk around aimlessly without much purpose and searching for our reason for being here. Those of us with a belief have a purpose but even we get lost sometimes.