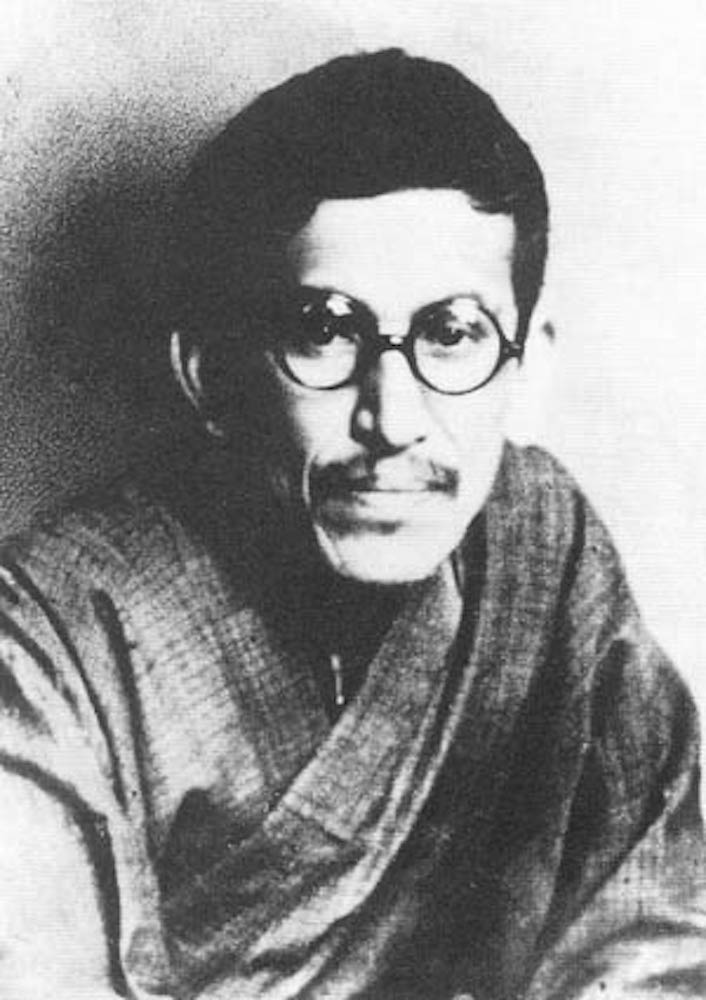 What does Kagaku Murakami do after he's done it all?

He may be one of the most famous Japanese artists of the 20th century, but there’s not a whole bunch of information out there on Kagaku. Part of the reason behind the lack of information is that Kagaku didn’t have a crazy long public life.

Kagaku was born in Osaka in July of 1888 and by 1895 he was enrolled in Kobe primary school. While at the Kobe school, Kagaku’s talent for art caught the attention of the Murakami family, who became his benefactors and paid for him to go to the Kyoto City School of Arts and Crafts and then the Kyoto City Art College.

By the time he was done with school and had moved to Entokuin at Kodaiji Temple in Kyoto, Kagaku had changed his last name to Murakami in honor of his benefactors and was an established nihonga prodigy. Nihonga being a characteristically Japanese style of painting, Kagaku became very popular within Japan.

Kagaku and the rest of the art community in Japan were doing pretty well by now, but the Japanese government had other ideas about what they should be working on. In 1918, the Japanese government was working hard to control Japan’s public image. As part of this movement, they started setting rules for what made good art and what couldn’t be shown in public. Even though Kagaku was a nihonga painter, he didn’t agree with the idea of government controlling artistic expression. He is famously quoted as saying “art making is praying in one’s inner room” and there are few who would try to control prayer.

As a reaction to the government’s attempt at controlling art, Kagaku and a group of his friends founded the Kokuga Sosaku-Kyokai, or “the Revolutionary Artist’s Society Fighting Against Authoritarianism in Art”... It’s not so catchy in English... Kagaku would work with the organization for five years, participating in multiple exhibitions, until 1923 when he suddenly moved from Kyoto to Ashiya. From Ashiya, Kagaku moved to Kobe in 1927 where he estranged himself from the art world and later went full hermit in his late 30s.

While living in solitude, Kagaku switched from nihonga painting to sansui, the Chinese-style of landscape paintings, and paintings inspired by Buddhism. Most of his work done post-hermitting wasn’t discovered until after his passing, but it did seem to take on a more spiritual air than his works done while living in Kyoto. Kagaku passed away at the age of 51.

Murakami Kagaku’s life in the public eye was short lived, and could have been very profitable had he not decided to exile himself. But you’ve gotta do what you’ve gotta do and Kagaku did what felt was right. You can’t blame a guy for listening to his heart.

Here is what Wikipedia says about Kagaku Murakami

Kagaku Murakami (村上 華岳, Murakami Kagaku, July 3, 1888 – November 11, 1939) was a Japanese painter and illustrator, noted for his numerous Buddhist subjects and advancement in the techniques of nihonga (Japanese-style) painting in the early 20th century.

Check out the full Wikipedia article about Kagaku Murakami