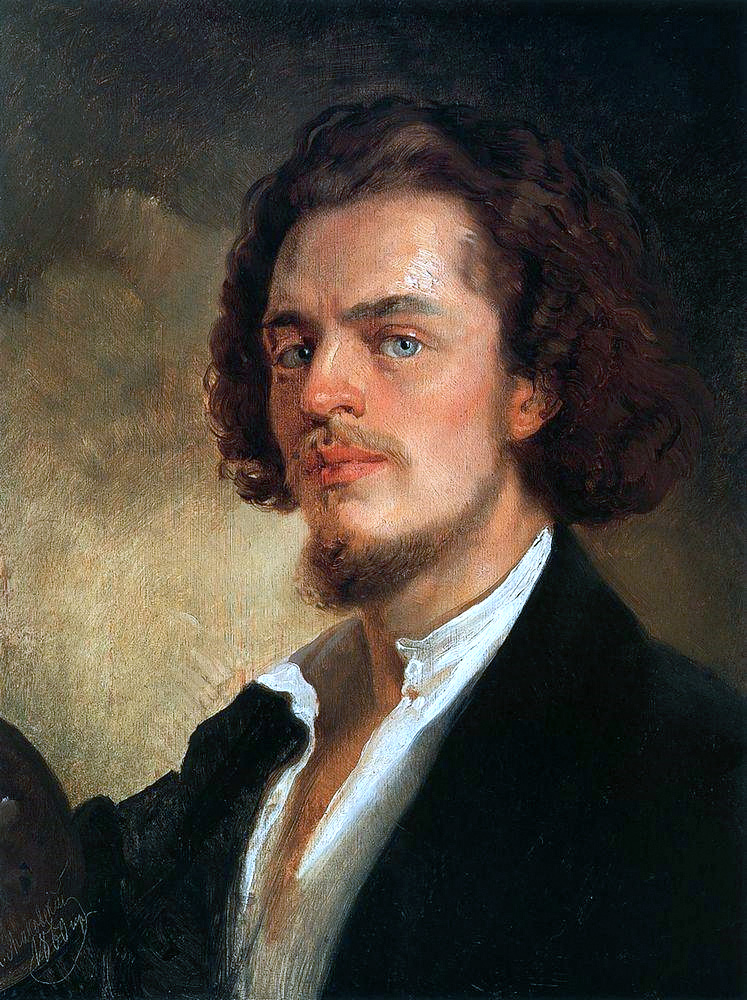 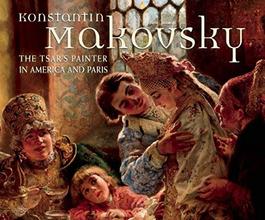 Konstantin Makovsky: The Tsar's Painter in America and Paris by Wendy Salmond

If you were a wealthy woman of noble lineage living in 17th century Russia, then you’d have to get ye to Konstantin Makovsky to have your portrait painted.

In between portraits, he painted his giant masterpiece: The Russian Bride’s Attire. And if you look at the girls in that picture and compare them with all the individual portraits he’s done…you’d think that all of his subjects sat for him in their wedding clothes. Even though I live in the land of crazy, glittery, Bollywood-type getups and no amount of rhinestones, glitter or lamé startles me, I can’t help but wonder what was up with the Russian nobility’s ornate-ass clothing! Chronicling these fashions made Makovsky fashionable to, so a lot of ladies went to him to have their Vogue shots painted. Makovsky said about his ladies-in-paintings: “Best beauties posed to me vying with each other…I was making huge money, lived with regal splendor and made a lot of paintings, decorative panels, portraits, sketches and watercolors.” Huge money, indeed.

But he peaked then washed up pretty early. Painting fancy furs, furniture and fashionistas didn’t impress the critics for long. Soon, they branded his work as shallow and superficial. And if that didn’t hurt enough, getting hit by an electric tram did! That freak accident killed him before he could spend all his hard-earned cash.

Here is what Wikipedia says about Konstantin Makovsky

Konstantin Yegorovich Makovsky (Russian: Константи́н Его́рович Мако́вский; (20 June o.c.) 2 July n.c. 1839 – 17 o.c. (30 n.c.) September 1915) was an influential Russian painter, affiliated with the "Peredvizhniki (Wanderers)". Many of his historical paintings, such as Beneath the Crown (1889) also known as The Russian Bride's Attire and Before the Wedding, showed an idealized view of Russian life of prior centuries. He is often considered a representative of Academic art.

Check out the full Wikipedia article about Konstantin Makovsky