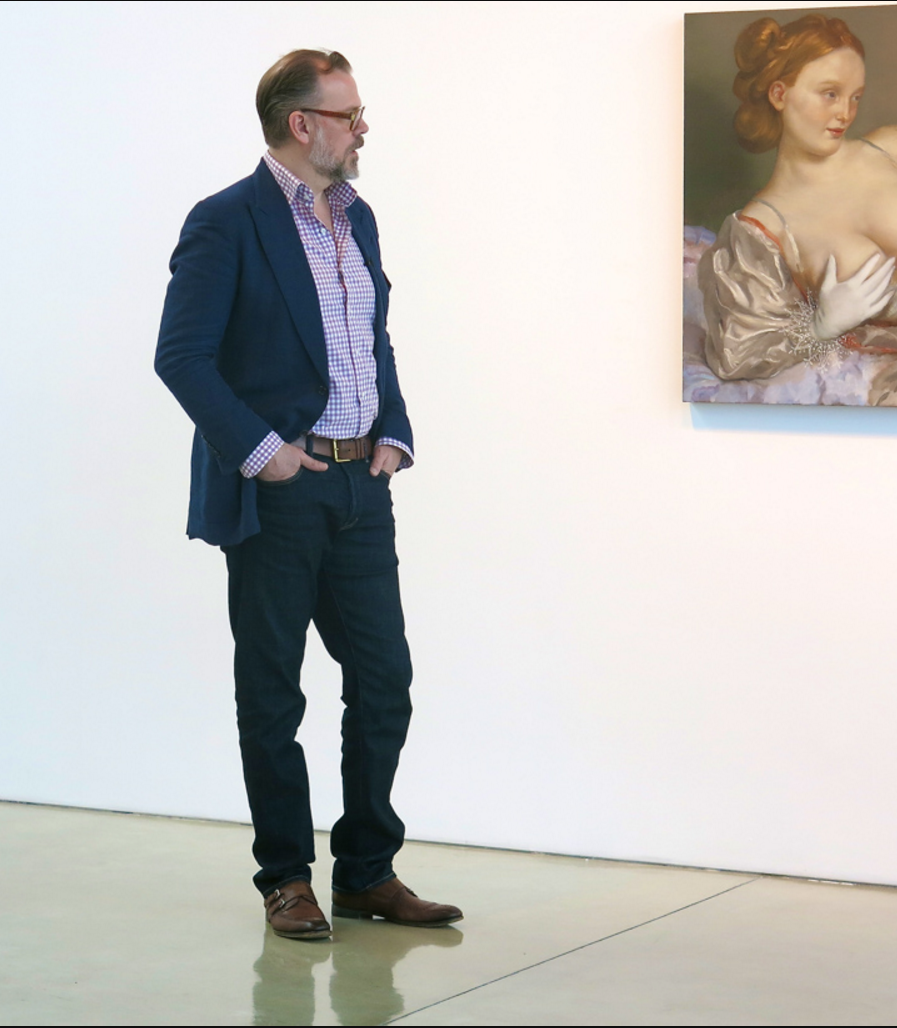 John Currin is a mildly perverted caricature artist who made it to the big time.

His niche is painting Manneristic women with Renaissance detail in porn-inspired positions, which as you can imagine is pretty off-putting. The women have exaggeratedly long features and for the most part are at least half-naked. Currin claims that these are never real women, however. He does have his wife, the sculptor Rachel Feinstein pose for him along with the occasional model, but the paintings are always derived from his imagination. Classic men, making money off of idealizing women’s bodies in an unreal way.

So how did Currin even find this weird little niche? I’ll start from the beginning. Born in Boulder, Colorado in 1962 and raised in Connecticut, Currin as a child was forced by his parents to play an instrument. His violin teacher had nothing to offer him but her husband, a Soviet artist, who piqued Currin’s interest in art and he gave up violin in favor of it. He went to art school and tried to be one of those chill abstract Expressionist painters like Pollock and de Kooning but it only resulted in severe angst. Eventually he gave up this idea and went with the dramatically less cool figurative painting and finally felt at ease. And then the figurative paintings took a turn for the naughty, which Currin wasn’t exactly expecting. Try explaining to your family that your art is basically fancy porn. Not easy, which I guess is how you know it’s genuine.

Currin has claimed, “My paintings are, if not self-portraits, a quest for masculinity.” This makes the connection with de Kooning make much more sense. Both artists used fake images of women to secure their masculinity because fake women are definitely better than real ones…

Here is what Wikipedia says about John Currin

John Currin (born 1962) is an American painter based in New York City. He is best known for satirical figurative paintings which deal with provocative sexual and social themes in a technically skillful manner. His work shows a wide range of influences, including sources as diverse as the Renaissance, popular culture magazines, and contemporary fashion models. He often distorts or exaggerates the erotic forms of the female body, and has stressed that his characters are reflections of himself rather than inspired by real people. "His technical skills", Calvin Tomkins has written, "which include elements of Old Master paint application and high-Mannerist composition, have been put to use on some of the most seductive and rivetingly weird figure paintings of our era."

Check out the full Wikipedia article about John Currin