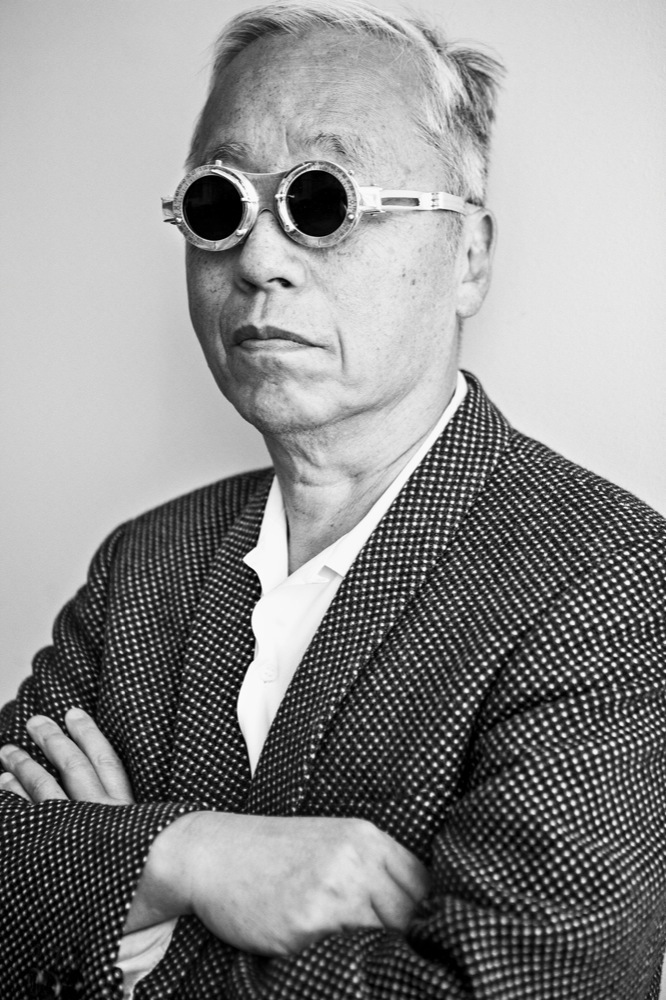 Hiroshi Sugimoto explores the nature of representation, reproduction and artificiality while being totally not-at-all weird about it.

When we look at a picture, what is it that we’re seeing? (Stick with us, we’re doing a rhetorical thing here; this is an art site, we know what a picture is.) What do we mean when we talk about “an image?” In what ways is reality altered when it becomes art, and how do the real and the artificial reflect and redefine one another?  All these questions are central to the work of photographer/architect Hiroshi Sugimoto, who has spent the past 30 years using his camera to try to figure out what, exactly, we use cameras for. (Again, rhetorical. He definitely knows why we have cameras.)

Sugimoto discovered the writing of André Breton at an early age and followed the trail of Surrealist philosophy to the work of Marcel Duchamp, whose constant examination of what was and was not art inspired Sugimoto’s lifelong quest to understand the way we use and interact with still images. Duchamp’s fascination with replicas, found objects and copies of original pieces hugely impacted Sugimoto and helped to shape the direction of his work: whether he’s taking photographs of nature dioramas at the American Museum of Natural History (the Dioramas series, begun in 1976), long-exposure pictures of movie-theater screens as films play across them (Theaters, begun in 1978), or “portraits” of wax-sculpture historical figures at Madame Tussaud’s Wax Museum (Portraits, begun in 1999), Sugimoto is playing with “replicas of replicas,” as he calls them--even once staging a photo of a reproduction of Duchamp’s The Bride Stripped Bare By Her Bachelors, Even to make a copy of a copy of a copy. To quote the man himself, “Photography is like a found object. A photographer never makes an actual subject; they just steal the image from the world.” Which sounds kind of like the premise of a horror movie, but point nonetheless taken.

A big old reality-thieving copycat he may self-admittedly be, but don’t let that give you the impression that he doesn’t put a remarkable amount of thought into his work. Each one of his Portraits series was set up so as to recreate the lighting that would have been used for a portrait in the subject’s own time, to the point that his photo of Henry VIII’s statue was composed so that it would look exactly like a real-life version of the 500-odd-year-old royal portrait by Holbein the Younger. Again, here he’s concerned with recreating a recreation, with the added bonus of using a third recreation (the wax sculpture) to do it, and as usual he wants to explore what exactly we see when we look through all these layers of fauxness: “If this photograph now appears lifelike to you,” he says, “you had better reconsider what it means to be alive here and now.” And...okay, does it sound like there’s an implied threat in that one? It does, right?

Though Dioramas, Theaters, and Portraits are probably his most famous photo series, Sugimoto has found ways to explore the artificial and the reproduction thereof using a wide variety of other subjects. Among these are his Stylized Sculpture series, in which he photographed mannequins wearing outfits by famous fashion designers in order to “[look] at the post-Vionnet history of fashion with a view toward the human body clothed in ‘artificial skin,’” and Chamber of Horrors, which depicted wax-sculpture scenes of famous murders and executions in order to bring those with modern sensibilities a closer vision of death. After all, he says, “To some it was...an honor to be chosen by the gods as a sacrificial victim, a liberation from the sufferings and strife of this life.” Which, yep, definitely a normal thing to say--any misgivings we may have had before have been safely put to rest. Anyway, that’s Hiroshi Sugimoto--we hope you’ll keep an eye out for his next photo series, Oddly Greasy Lampshades Made In My Basement.

Here is what Wikipedia says about Hiroshi Sugimoto

Hiroshi Sugimoto was born and raised in Tokyo, Japan. He reportedly took his earliest photographs in high school, photographing film footage of Audrey Hepburn as it played in a movie theater. In 1970, Sugimoto studied politics and sociology at Rikkyō University in Tokyo. In 1974, he retrained as an artist and received his BFA in Fine Arts at the Art Center College of Design, Pasadena, California. Afterwards, Sugimoto settled in New York City. He soon started working as a dealer of Japanese antiquities in Soho.

Check out the full Wikipedia article about Hiroshi Sugimoto