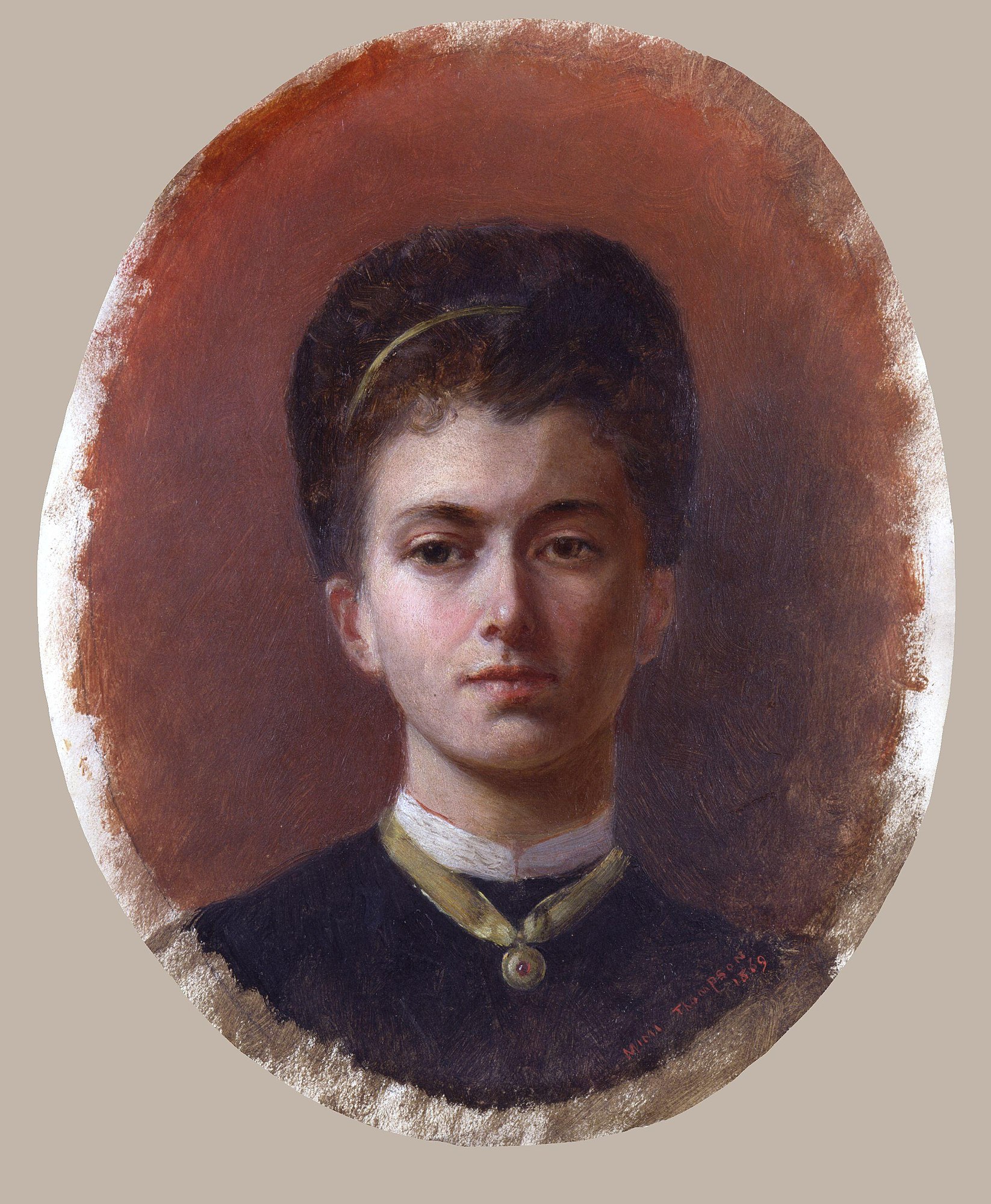 Thompson's career came to an end because she highlighted the pain suffered by both soldiers and Irish immigrants to the country, a move that was simultaneously too political and not political enough.

The work that made Thompson famous was her 1877 Roll Call, which eventually made its way into the royal collection.

Elizabeth did not start her career with a love for the art of war. Her early sketchbooks were full of more pleasant, “girly” subjects, such as dances and young couples flirting with one another. But as with many artists belonging to the fairer sex, the young Elizabeth had a hard time being taken seriously by her less fair peers. However, she would not be discouraged and instead responded to their rejections in an incredibly appropriate manner, i.e., with cannons. Bavarian Artillery going into Action was the first of her works displayed formally, and it showed her mastery of movement and detail, perhaps comparable to Pierre-Auguste Renoir.

It wouldn’t be for another decade that she was recognized on a national stage, however when that time came she received what she was due. In 1877 Elizabeth Thompson’s Roll Call was shown at the Royal Academy. It produced such a buzz that Queen Victoria requested a private viewing, and would eventually have the painting added to the royal collection. The work was unique not only because it was made by a woman (gasp), but also because of the approach it took to framing the soldiers. During that time, war painting was typically done with large panoramic shots that tried to glorify the violence. Elizabeth, on the other hand, got closer and instead she chose to highlight the individual soldiers in the battle, producing a unique intimacy that had previously been ignored. Before her, the only people to be given this kind of treatment on the canvas were famous generals like in The Death of General Wolfe.

Eventually however this strategy would work against her. In 1877 she married Sir William Francis Butler. Sir Butler was from Ireland and was Catholic, and he had strong feelings about how his people were being treated in Britain. After a time, Elizabeth took up her husband’s cause and her art shifted somewhat to include depictions of the way Catholics were treated in her country. The majority of England was not as progressive as she and her husband were, and as such she began to fall from grace. The final nail in the coffin came during the First Boer War when Elizabeth’s paintings, which had a habit of highlighting the pain of war and not glorifying its soldiers, were seen as being in bad taste. She would continue painting the rest of her life, but after the turn of the 18th century her career would gradually carry her back into obscurity.

Here is what Wikipedia says about Elizabeth Thompson

Elizabeth Southerden Thompson (3 November 1846 – 2 October 1933), later known as Lady Butler, was a British painter who specialised in painting scenes from British military campaigns and battles, including the Crimean War and the Napoleonic Wars. Her notable works include The Roll Call (purchased by Queen Victoria), The Defence of Rorke's Drift, and Scotland Forever! (showing the Scots Greys at Waterloo). She wrote about her military paintings in an autobiography published in 1922: "I never painted for the glory of war, but to portray its pathos and heroism." She was married to British Army officer Sir William Butler, becoming Lady Butler after he was knighted.

Check out the full Wikipedia article about Elizabeth Thompson